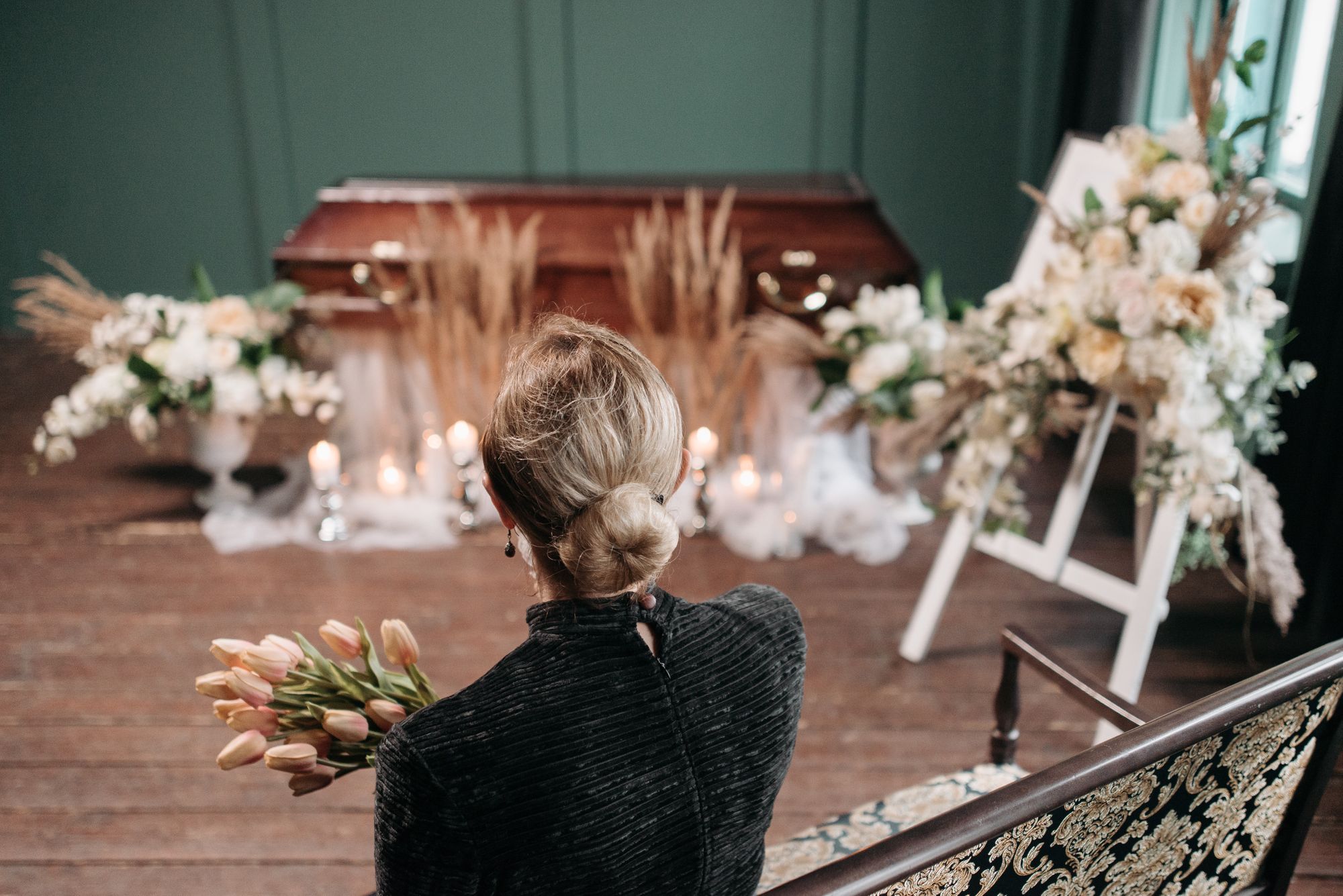 Beautiful funeral rituals and traditions from around the world

When a Hollywood movie depicts a "traditional" funeral, you'll see a scene with friends and family, wearing all black, gathered at a funeral home or cemetery as they say goodbye to their loved one. This typical Western funeral tradition is only one of many ways people from various cultures memorialize their dead. Below are 10 beautiful funeral traditions and death rituals from around the world.

Jazz funerals are a music-filled funeral tradition from New Orleans, Louisiana. A jazz funeral is a ritual that includes a funeral procession centered around jazz music performed by a brass band. The tradition typically begins with a march by family, friends, and the band from a funeral location to the cemetery. The music starts sad and somber during this initial march to the cemetery but becomes more upbeat and celebratory after the body is interred. Friends, family, and onlookers will then join in on a celebration of the deceased's life.

This funeral ritual is influenced by many cultural practices and traditions, including the Yoruba tribe of Nigeria, 20th century Protestant and Catholic churches, Mardis Gras Indians, and more. Jazz funerals are often the ceremony of choice for musicians, but anyone can have this kind of funeral. Everyone is invited to participate as long as they do so respectfully.

A green funeral is viewed as a more environmentally sustainable option that has grown in popularity predominantly in North America. Green burials aim to reduce some of the environmental impact caused by traditional burials. In this ritual, embalming fluids or the use of toxic chemicals are consciously avoided during body preparation. Bodies are buried in toxin-free biodegradable containers or material, such as wicker caskets or shrouds.

In this type of burial, the body decomposes naturally as it incorporates back into the earth. Green burial plots are also not designed like traditional cemeteries. Visitation is not usually encouraged or allowed. The plots, instead, become space for plant and animal life.

The use of burial beads is a post-cremation practice from South Korea. In this death ritual, beads are created from the cremated remains of the deceased. The beads come in different colours, such as pink, blue-green, or black beads, and will often be displayed in the family's home as a way to memorialize the dead.

This option has become increasingly popular due to a law passed in 2000 requiring the removal of buried remains from their graves after 60 years.

Sky burial, or jhator, is a traditional practice from Tibet and Mongolia. This ritual involves the deceased's body being placed on a mountaintop to decompose naturally while being exposed to the elements and scavenging animals such as vultures.

This practice aligns with the traditions and beliefs of Buddhists, who believe that the soul moves on when someone dies, and the body becomes an empty vessel. As such, there is no reason to preserve the body. Sky burials offer a way to dispose of the body while giving back to the environment. The practice is seen as a generous and compassionate act, which are important virtues in Buddhism.

Hanging coffins is a funerary ritual practiced by cultures in China, Indonesia, and the Philippines. As the name suggests, the practice involves suspending coffins with rope or nails on mountain sides or cliffs.

The reason for hanging coffins varies depending on the culture. For example, it is believed that the Bo people of Sichuan and Yunnan hanged coffins so that the dead were not disturbed. In contrast, in Sagada, Philippines, the practice brings the deceased closer to ancestral spirits.

Famadihana and turning of the bones

Famadihana is a funerary ritual in Madagascar. The family of the deceased visits family crypts every five to seven years. During this celebration, families exhume the remains, rewrap the bodies in fresh cloth and spray them with wine or perfume. After this is done, a band plays upbeat and lively music while the family carries and dances with the deceased's body over their heads. There is also often a huge feast held in honour of the dead. Once the celebration is done, the bodies are returned to the family tombs.

Famadihana is seen as a celebration of life. For some, it is seen as a way to remember and honour the deceased. For others, it is also seen as a reunion. They use this time to share family news with the deceased and ask for their blessings.

Balinese cremation is an elaborate and expensive funeral tradition process. The practice begins with Ngaben, a parade, and ceremony in which the body is prepared and carried in traditional attire to the cremation site called the kuburan. In the ritual, friends and family participate in a parade to celebrate and honour the deceased. Upon arrival at the kuburan, the body is placed in a Wadah, a wooden tower or temple-like structure created by the family. Or they may create a lembu, a bull, or mythical animal-shaped coffin made of bamboo, wood, or paper. The body is cremated in this structure. Twelve days later, the ashes are scattered on the river. This symbolizes the release of the soul to the eternal world.

A smoking ceremony is an ancient burial ritual practiced by some Aboriginal Australians, which involves burning native plants to produce smoke in the space in which the deceased lived. The smoke is believed to drive away the spirit of the deceased. Afterward, a feast and dance are held in honour of the dead. Finally, the body is placed on a tall platform, covered in leaves, and left to decompose.

Day of the Dead celebrations

Day of the Dead is a post-death tradition celebrated mainly in Mexico or among people of Mexican heritage. It is a joyful celebration held on the 1st and 2nd of November, where family and friends gather to celebrate and honour family members who have died. There are many ways this tradition is celebrated, but it usually involves bringing gifts and offerings to the graves of deceased family members. Common offerings include:

Other gifts such as candy are also given to friends and family to celebrate the day together.

Abebe adekai are fantasy coffins created and used in the Greater Accra Region in Ghana. These coffins are custom-made by specialized carpenters and created to memorialize the deceased in some way. Themes include a person's profession, religious beliefs, personality, cultural symbolism, and more. These coffins are often elaborate, colourful, and artistic pieces. The Ga people believe that life does not end at death. Additionally, it is thought that the deceased can influence and affect those still alive. Therefore, the ornate coffins help ensure that the deceased are happy in their afterlife and will view and treat their living relatives positively.