Celebrating Life Every Day: Lessons in Losing People We Love 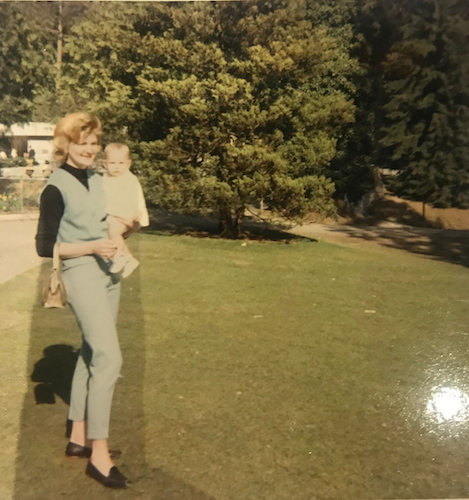 If someone had asked me what I thought my Grandmother's funeral would look like, I would've said that it wouldn't look like a funeral at all. It would look like a celebration– which only seemed right for a woman who knew that life was short, and who lived for experiences that were outside of her comfort zone. Having lost her mother suddenly at 18, followed by her fiance's suicide shortly after, she lived her life knowing that both time and health were precious luxuries, and that if you didn’t make the most of them when given the chance, you may never get to.

For her, accompanying us on rollercoasters into her early 70’s, and teaching us to find humour in the most difficult situations was a testament to the things she valued the most. She seldom ever worried about what anyone else thought, and prioritized fun over most things. In her house, mistakes and bad decisions were always encouraged, because in her experience that’s where the valuable lessons were hidden.

To many, even those who knew her as mom, grandma, and even great-grandma, she radiated a youthful charm and sharp sense of humor even towards the end of her life. That’s why conversations with her about life, death, and even her final wishes had always seemed like some far-off scenario that we wouldn’t have to consider for many years— or so we thought.

I remember feeling defeated and heartbroken, holding her hand for the last time in the hospital. Earlier that day, we had decided that it was time to let her rest as there was nothing more that the doctors and medical staff could do. As difficult as it was, she had always communicated that she only wanted to live for as long as she was healthy enough to do the things she wanted. But, she was only 75 and having to let go earlier than anticipated was excruciating.

When we had lost her, it was during the second wave of the COVID-19 pandemic, which meant we had to come up with a creative way to honour her life. Growing up, I recall having many conversations with her about death— how it shifted her perspective on life, managing grief, what it was like losing the people you love at a young age, but rarely did I ever push for specific details about her own wishes. To me, the fear of acknowledging that I would one day lose her outweighed diving too deeply into her specific wishes. But when confronted with a reality in which she no longer existed, my heart ached for the conversation I had been too afraid to have.

Years before, when we had planned a celebration of life for my Grandpa, my Grandma mentioned how wonderful it was to watch the people he loved do the things he enjoyed and that she couldn't think of a better way to honour him or his life. It was this sentiment in conjunction with the way she had lived her life that influenced our decision to have a personal and intimate celebration to honour her.

After receiving my Grandmother's ashes, my family and I decided to scatter a portion of them at Crescent beach - a coastal park on the pacific ocean with breathtaking views of nearby islands. We each held a flower and took turns sharing memories or moments we had had with her— as anticipated, there were both moments of laughter and moments of tears. Each of us then scattered a portion of her remains before placing our flowers near her ashes. Afterward, we honoured her with her rum cake recipe, which had always been a family favourite and ended our celebration with a toast to her life.

Even though none of us had ever imagined saying goodbye to her so soon or in such a sudden way, paying tribute to her life through the things that reminded us of her and with those who had cherished her somehow managed to make it all a little easier— especially because we had not been granted the opportunity to gather around her bedside at the hospital to say goodbye.

While there are still moments where it's hard to believe that she's gone, I often think back to that afternoon at Crescent Beach and smile knowing that a traditional funeral service would not have satisfied the woman who always encouraged us to make bad decisions and make light of difficult situations.

All that to say, even if spending an afternoon scattering your loved one's ashes in the park with your family isn't for you, there are so many beautiful and unique ways to honour your loved ones. Focus on the things that brought the deceased the most joy, and be sure to pay tribute in a way that feels right to you, and those closest to the deceased.

For more non-traditional ways to honour your loved ones, be sure to visit our blog.