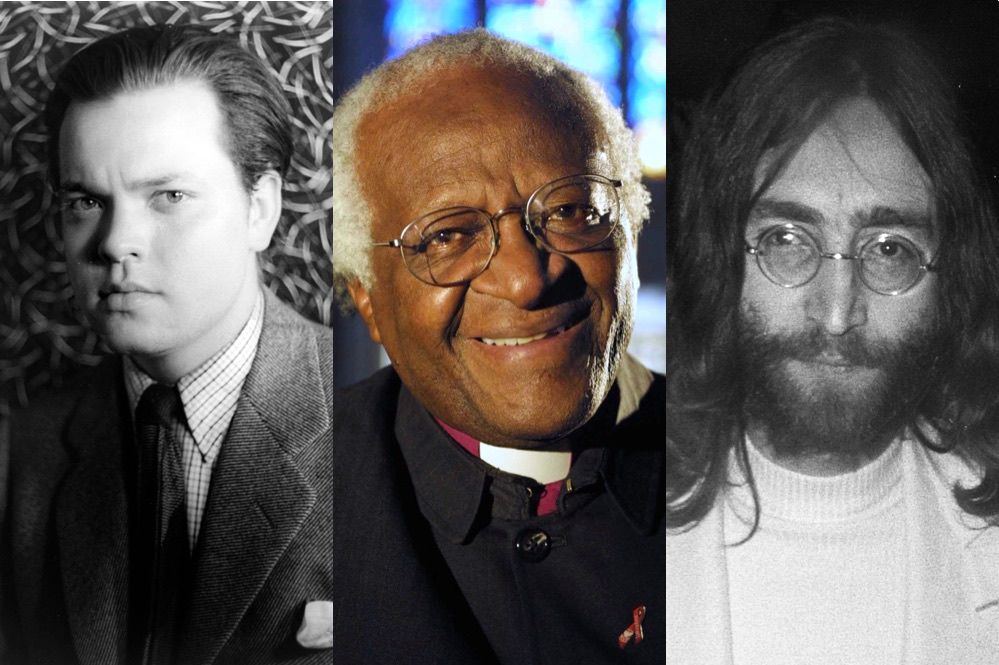 Desmond Tutu attracted headlines in December 2021 when the famed South African Anglican bishop chose to be cremated. Cremation is a common choice for celebrities and non-celebrities alike. Below we've listed eight more celebrities that have opted for cremation after death.

What was unique about Tutu's choice was the type of cremation he chose. It is a relatively new technology called aquamation.

Aquamation is a form of cremation that uses the chemical process of alkaline hydrolysis to cremate remains. The body is treated with a combination of water, alkali (potassium hydroxide), heat, and pressure, which produces a reaction that speeds up the body's decomposition. When complete, bone fragments are left behind. They are then pulverized into ashes. A secondary byproduct is a sterile liquid that can be disposed of via wastewater systems. Aquamation is sometimes referred to as liquid cremation. Learn more about aquamation here.

The more traditional form of cremation is called flame cremation, where a body is exposed to extreme heat or pressure that reduces organic matter to bone fragments. The remains are then reduced further into fine particles that look like sand or coarse dirt, referred to as "ashes" or "cremated remains." Cremation ashes are placed in an urn, but they can be buried, scattered, or kept by family members. Learn more about cremation here.

Some, like Tutu, choose cremation for environmental reasons, as it is a more sustainable option than burial. Others prefer it for its simplicity over burial, and in the case of a no-frills direct cremation, for its lower cost.

Below are eight more celebrities that opted for cremation after death.

John Lennon is most widely known for his involvement in the Beatles, but he also had a long solo career afterward. He was active from the 60s to 70s and returned to music in the 80s after a short hiatus. His life was cut short when he was tragically shot and killed by Mark David Chapman in December of 1980.

Lennon was cremated, and no formal funeral was held, as per the wishes of Yoko Ono, his wife. His ashes were later scattered in New York's Central Park. In 1985, a spot in the park now known as the Strawberry Fields Memorial was dedicated to Lennon.

David Bowie had similar sentiments to Lennon about his funeral, as he too opted for direct cremation.

Bowie was an iconic 80's rock star, known for hits such as "Space Oddity," "Heroes," "Life on Mars," and more. His career began in the late 60s and continued until he died in 2016.

The singer-songwriter was diagnosed with liver cancer several months before his death but did not publicize his condition. He died on Jan. 10 in his New York City apartment.

Bowie insisted that he did not want a funeral. He instead opted for direct cremation. His body was cremated, and the ashes were flown to the island of Bali to be scattered. His family memorialized him in a small, private ceremony.

Karl Lagerfeld is another celebrity who opted for direct cremation over a traditional burial.

Lagerfeld was a German fashion designer, artist, photographer, and caricaturist. He is most well-known as the longtime creative director of Fendi and Chanel.

He died in February 2019 after a battle with pancreatic cancer. Lagerfeld made it well known that his ashes would be laid to rest with his mother and his later partner, Jacques de Bascher, at a private location known only to him. As per his wishes, no formal funeral service was held after his death.

Albert Einstein is widely regarded as one of the greatest physicists. He is best known for developing the theory of relativity, but he is also acknowledged for his many scientific ideas and inventions.

A sometimes lesser-known fact about Einstein is that he was cremated following his death due to an aneurysm in 1955. However, before cremation, his brain was removed to be studied and is now on display at Philadelphia's Mütter Museum.

George Harrison, most well-known as the lead guitarist of the Beatles, also opted for cremation like his fellow bandmate.

Like Lennon, Harrison had a music career after the Beatles, including solo work and group work with the Traveling Wilburys, a band consisting of Jeff Lynne, Roy Orbison, Bob Dylan, and Tom Petty. However, his career slowed in the 90s, and his last television appearance was in May 1997. Soon after, he was diagnosed and treated for throat cancer. He was treated again in 2001 for lung cancer and a brain tumour.

Harrison died on Nov. 30, 2001, at 58 years old. As per his wishes, he was cremated, and his ashes were scattered according to Hindu tradition in the Ganges river in India.

Prince is another iconic 80s rock star known for hits such as "Purple Rain," "Little Red Corvette," "When Doves Cry," and among many more.

Prince began his career in the late 70s but achieved critical success in the 80s. His career continued throughout the 90s until he died in 2016, with his final album being released in February of that same year.

Before the musician's death, he was on tour to promote his final album. The tour was cut short due to his sudden death. He died of an accidental drug overdose on Apr. 21, 2016, at 57.

Following his death, his body was cremated, and his family held a private memorial service in his honour. His ashes are displayed in the Paisley Park complex in a customized urn shaped like the Paisley Park estate.

Orson Welles is a famous American director, screenwriter, actor, and producer. He is well known for his work in radio and film and is highly regarded for his work on classic movies such as Citizen Kane.

Welles continued his involvement in the entertainment industry well into his 80s, with his final appearance on The Merv Griffin Show in October 1985, on the evening before his death. He died on the morning of Oct. 10 of a heart attack.

Welles' ashes were scattered in a somewhat unique way. His remains were taken to Spain and interred in a dry well, covered by flowers, on the estate of his longtime friend, Antonio Ordonez. The ashes of his wife, Paolo Mori, were later interred in the same well.

Walt Disney is most famously known as the co-founder of Walt Disney Productions and the creator of Walt Disney Parks and Resorts. He also had a long career as an entrepreneur, animator, writer, film producer, and voice actor.

A long-standing rumour surrounding Walt Disney's death is that his body was cryogenically frozen and preserved under the Pirates of the Caribbean ride at Disney World. These rumours are untrue.

Following his death in 1966, Disney was cremated, and his remains are kept in a cemetery mausoleum in California.

Questions about Cremation and Aquamation?