End-of-Life Doulas: A Case for a more holistic approach to end-of-life care 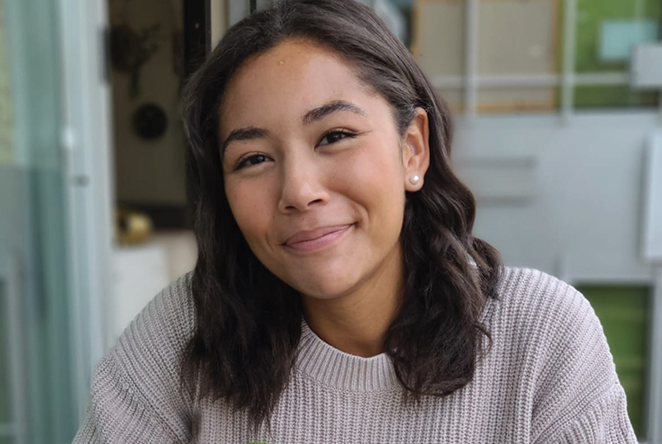 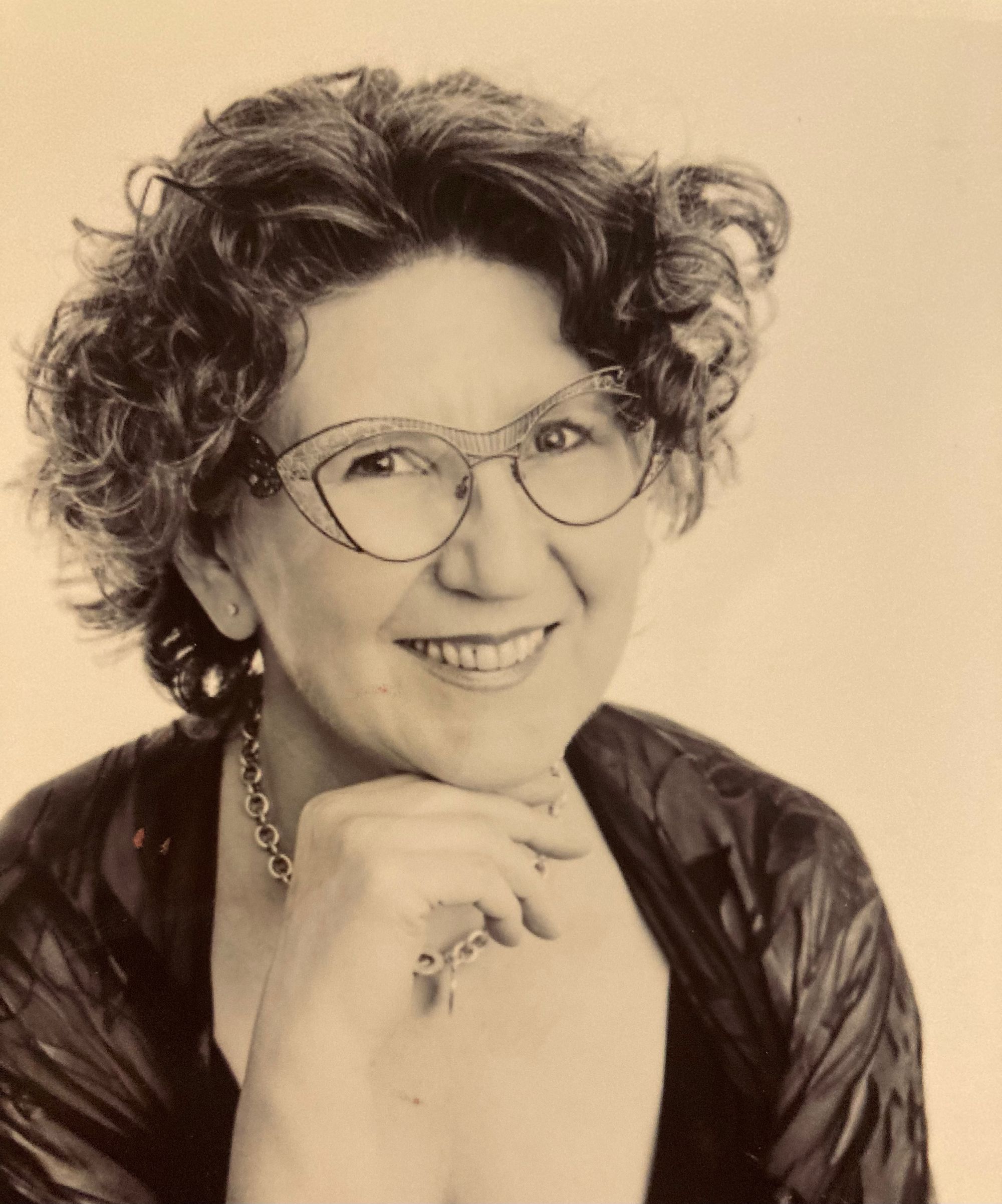 For many, the term “doula” is one we tend to associate with birth instead of death. In recent years, we have seen an increased number of people seeking greater knowledge and autonomy at the end of life. However, a lack of death literacy has created a void in the death and dying industry that has left many navigating their final days feeling lonely, unsupported and anxious about what’s to come once death has occurred— that’s where end-of-life doulas come in.

While there is no denying most families may want or need the technical expertise of a licensed funeral director to navigate the complexities of death care, this blog makes a case for marrying the principles of end-of-life doulas with the practical expertise of funeral directors. In doing so, we believe that death can be a more holistic experience for dying individuals and their loved ones.

To obtain a better understanding of the principles which guide the work of end-of-life doulas, and how those principles can improve the entire end-of-life experience, we spoke to Licensed Funeral Director, End-of-Life Doula and Founder of Death’s Apprentice Christa Ovenell. Throughout this interview, Christa dives into how the work of end-of-life doulas can benefit dying individuals and their families, especially when combined with the technical expertise of funeral directors.

What inspired you to pursue a career in death care?

I was in my 20s when I first considered a career in death care, but it took me until I was in my late 40s to make my move! I had always wanted to have a career in the helping profession, and funeral service is definitely that. Unlike a lot of folks who get into death care because of a personal experience with loss, I was first drawn to this work when I heard stories of extraordinary devotion and compassion in the wake of a major airline crash back in the 90s. I've always had a service mentality: in fact, my first career was in hospitality. Making things smooth and easy behind the scenes for people who are experiencing what is likely the worst day of their lives is incredibly rewarding, in a very quiet and understated way.

Where do you see opportunities to provide better end-of-life care to families?

We live in a death-denying society, and what that means is that nearly all of us have very low levels of death literacy. Because we don't know "what happens when you die"— and by that I mean simply the practical arrangements, not the mystical or metaphysical possibilities— we can find ourselves relying on someone we have a very limited and very transactional relationship with to help guide us through a really challenging time. In order to provide better END-of-life care, I believe we have to help folks understand that death is simply part of life, and therefore it's something we should think about, talk about, and plan for just like we do with other major life events before they happen.

Imagine if families had no prenatal education to help prepare them for the realities of the birthing process, and what happens immediately after someone is born. It's actually absurd to envision. The births would still happen, but they would be unnecessarily traumatic and difficult and people would feel shocked, confused, and overwhelmed. They'd have to make decisions during a stressful period and they would be very likely to make decisions they would come to regret. By not talking about it, by not incorporating death into life, we are taking something that is actually not a mystery at all and making it unfathomable. That creates pain and causes chaos. I've seen this over and over again. The opportunities to provide better end-of-life and after-death care to families comes in the form of creating a death-positive society: that's something that end-of-life doulas are doing in their work every day!

How would you describe a death doula to those who may not be familiar with the term?

I actually prefer the term end-of-life doula! Death is an experience rather than just an event. I see the term death doula as limiting to just the actual moment of death. End-of-life doulas are folks who can help with the entire experience of death...which as I've said is simply part of life. But to answer plainly, an EOL doula is a non-medical professional who educates and empowers individuals and families during the end of life. Some end-of-life doulas like me have practices that are focused on planning and education, and might not actually be vigil with clients who are actively dying very often at all. Other doulas will take a very active role in helping clients as they die, in the last days or hours of their lives. Essentially, doulas work with people before death occurs. In fact, they aren't legally allowed to receive payment for body care or after-death care, which is a key differentiator between their work and the work of a funeral director.

It's really important to understand that end-of-life doula is currently an unlicensed, unregulated profession and therefore, there is no universally accepted definition of the role. There also isn't any one path into the profession: you can't take a course and suddenly "be" a doula: education is ongoing, immersive, and evolving just like the field itself! I'd really caution emerging doulas to be careful about buying a course that calls itself a "certification" because no such certification exists in North America at the moment. That doesn't mean there aren't some terrific programs out there! But for folks who want to get into this field, be aware there is no quick course to take. Becoming a Doula takes a combination of education, experience, research, and desire to help at some of life's most difficult moments.

In your opinion, why do funeral directors and death doulas seldom work together?

I think there is a really unfortunate lack of trust between traditional funeral directors and many end-of-life doulas. Until very recently— like just over a hundred years ago— death was something that occurred in the home, and dying was something people had practical experience with. We might not have used the word “doula” back then, but they existed: mostly women who would assist at end of life in many practical ways. Women have always been death carers, but when the funeral profession emerged, men were the ones who stepped into job titles like funeral directors and embalmers. Until 2014 here in Canada more men than women enrolled in funeral programs across the country. But that's changing, and women are stepping into this field in both licensed professions like funeral directors and embalmers and unlicensed ones like EOL doulas. That's going to lead to very positive change within the death care industry overall, and I suspect the mistrust will ease as the professional demographics change.

How can funeral directors and death doulas benefit from each other's expertise?

There's a saying you may have heard: everything old is new again. And that's true in death care too. There is a re-emergence in interest in home death care practices. Folks are actively choosing to die at home more and more often now, and MAiD (Medical Assistance in Dying) is also gaining popularity in Canada. And the simple fact is, there aren't enough hospice beds or palliative care wards in hospitals to cope with the demographic boom that is about to fall silent as "boomers" age over the next 20 years. Over the last 100 years or so death moved OUT of the home, but it is going to be moving back in. And doulas are perfect to help with that transition: as non-medical professionals who assist in both the emotional and practical elements of end-of-life (and end-of-life planning), who better to be at the bedside? In a world where funeral directors and doulas see each other as colleagues and peers rather than competitors, the families that they both serve are the ultimate winners. Funeral directors typically meet a family AFTER a death has occurred, at a very tender and vulnerable time. Doulas work with families DURING the death process. Imagine the continuity of care that a doula/funeral director team could provide to a family if they had a strong relationship with an aligned funeral director!

What are your hopes for the future of end-of-life services?

End-of-life and after-death services need to become more closely aligned. We are all going to die, and we need to get better on a societal level at thinking about, talking about, and preparing for that eventuality. End-of-life doulas are helping us have this important conversation. I genuinely hope that one day soon funeral schools will embrace a curriculum that helps the new directors see death as an experience, not an event that can be divided up into "before & after". Working together, doulas and funeral directors could make a difficult time so much easier. Encouraging frank and open conversations about death and dying isn't something that traditional death care companies have embraced. But we need to demystify death and bring it into our lives...because after all, it's not a mystery. It's entirely predictable. For each and every one of us.

Christa Ovenell is a licensed funeral director, an end-of-life Doula, and the founder of Death’s Apprentice Education & Planning, home of the With Certainty Planning Program.  She helps people think about, talk about, and prepare for life’s only certainty. She has been a frequent contributor to CBC radio’s North by Northwest, and the media relations lead at the Aquamation BC Coalition. You can find her via her website www.deathsapprentice.ca or on Instagram @deathsapprentice.ca.