Let’s Talk About Death & Dying, Baby - What is the Positive Death Movement? 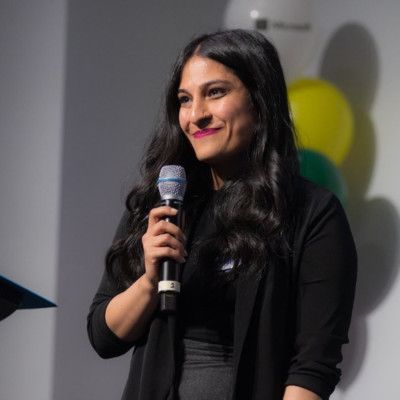 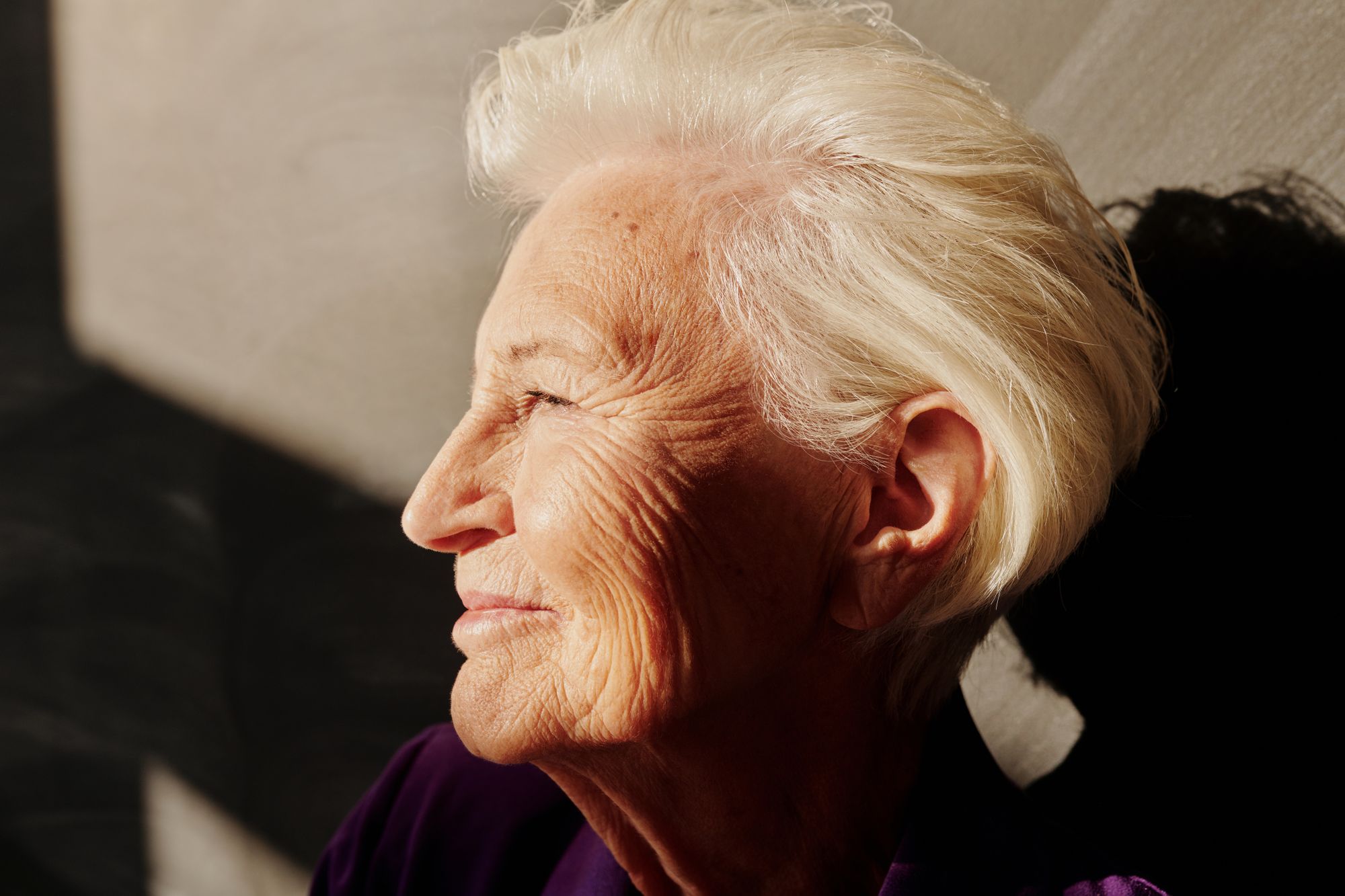 How do we approach difficult conversations, especially those around end-of-life, in a culture that shies away from them?

Enter the Positive Death Movement (PDM), with a deep commitment to “break the taboos around discussions of death.” Those who ascribe “share a common idea: that Western culture has become too squeamish about talking about death, and that the silence impoverishes the lives leading up to it.”

We couldn't agree more and like many in our field, believe it’s “time to share the way we want to live at the end of our lives. And it’s time to communicate about the kind of care we want and don’t want for ourselves.” Coincidentally, approximately “six in ten Canadians believe that it’s extremely important to talk to someone about their end-of-life care preferences, but a new Harris/Decima poll indicates that only 45% have done so.”

So, what’s stopping us?

It’s clear we believe in the importance of having these conversations,so it’s time we shake up the taboos and actually move forward with these important discussions. As difficult as they might be, life can and does change in an instant.

At the core of the PDM is the commitment to put the person back into the centre of the experience. “Birth was perceived as a medical event, and then in came the women’s movement and ‘Our Bodies, Ourselves.’” “It wasn’t doctors who changed the way we give birth... It was women who said that giving birth was a human event. I think that we’re trying to do that now. Dying is a human experience.”

The Birth Of A Movement

“If there is a germinal moment for the positive death movement, it is 2003, when a social worker at a New York hospice center became disillusioned by the care that the medical staff were able to give to dying patients and their families.” A “social worker, Henry Fersko-Weiss, saw what doulas did for women during and after childbirth. Why couldn’t dying people get the same level of attention and emotional support?”

He used birth doulas as his model and “created a training program for end-of-life doulas, or midwives, to attend to patients’ nonmedical needs—anything from helping them review their lives to sitting quietly in witness.” He was inspired by the similarities “between birthing and dying… There’s a great deal unknown, there’s a great deal of pain and a need for support for the people around the person who is going through the experience.”

Today, some “connect through blogs or YouTube channels; some gather at monthly death cafes; some find more institutional grounding at the DeathLab at Columbia University’s architecture school or the Art of Dying Institute at the Open Center, a six-month program touching on everything from green burials (bonus: they’re cheap) to certified training for end-of-life doulas.”

It’s a positive shift to see more and more people engaged in these kinds of important conversations and to see a softening in our perceptions of death and dying, and especially how we, as a society, approach end-of-life.

“They say death and taxes are the only things guaranteed in life. But people don’t pay their taxes. So I’m saying death is the only one that’s for sure.” And so, it seems incredible that something that impacts all of us, alludes most of us.

Many think about how they might like their end-of-life arrangements to look, as they think about the “possibility that other people would make the wrong decisions,” not necessarily because we talk about these decisions or because we’ve shared our preferences with loved ones.

“Everyone dies and that is OK,” says Kayla Moryoussef, a Toronto “death worker.”

And yet, we live in a death-denying culture.

We struggle to talk about death and dying, and many of us don’t know how to allow ourselves the time to grieve properly, let alone the space to transition through the difficult and emotional phase of actually dying.

It’s not about celebrating death, rather that we can work to “accept the fact that people die and, even though it’s not an [easy] thing, it’s an OK thing that’s a part of life. As soon as we recognize that, it becomes less scary.”

Fueling Change in the Death Industry

Folks in the industry are shaking things up. In 2011 Caitlin Doughty “founded the Order of the Good Death, an organization that promotes death positivity... Now she runs her own funeral home in Los Angeles. Hansa Bergwall… created the app WeCroak, a digital-age memento mori that reminds its 30,000 monthly users that they are going to die five times a day—presumably to help them live in the moment.”

This shift comes in welcoming in your own and other’s mortality, it’s about “making death a part of your life. Staring down your death fears—whether it be your own death, the death of those you love, the pain of dying, the afterlife (or lack thereof), grief, corpses, bodily decomposition, or all of the above. Accepting that death itself is natural, but the death anxiety of modern culture is not.”

We founded Eirene with the same commitments in mind—to provide a better funeral experience to families—one that is different from the traditional, costly and complicated process that exists today. We want to ensure that a better death becomes integral to a good life.

You can read more about Death Doulas, another way the industry is changing, in a previous blog here.

First, let’s take a few minutes to understand Advanced Care Planning (ACP). Speak Up Canada defines ACP as “a way to share your wishes for future [healthcare] and to name someone who can speak for you if you couldn’t speak for yourself.” It may involve things like “thinking about information about treatments that you do or don’t want to have (such as CPR or mechanical ventilation), as well as other information about your care at the end of life (for example, religious rituals, being able to see a family member, dying at home or in palliative care etc.).”

Speak Up Canada breaks ACP into five steps and provides workbooks by region.

You can also visit our blog to read many different articles around planning (and specifically, you can visit this post on Advanced Care Planning).

An Act of Love: Join In

Take the time to think about what’s important to you, what kind of care you want and who can speak for you when you might not be able. Think of it as an act of love. As Dr. Lucy Kalanathi says ACP is a “soulful thing,” meaning you “trust somebody else to speak for you … you trust that they know what's important to you in your life[,] and that they will be committed and devoted to you and who you are.”

As Atul Gawande says, in his book Being Mortal, “the ultimate goal is not a good death but a good life—all the way to the very end.”

Whether you’re ready to begin planning your own end-of-life, simply thinking about starting these kinds of conversations, or somewhere in between, no matter what, they’re important conversations to have.

We believe conversations around end-of-life care have the power to change how we live—knowing our wishes will be respected and that we will die the way we want. It’s helpful to communicate your values and what is meaningful to you, which also allows a better understanding of how you make decisions, ultimately guiding decisions about your care later on.

No matter where your comfort level lies around death and dying, the PDM supports important dialogue, inspires different perspectives, and most importantly, shifts our culture, norms, taboos, and the way we live and die, which is really the only guarantee any of us really have in life. As Esther Perel says, “talking about death is talking about life—hopes, fears, uncertainty, imagination, legacy, connection, responsibility, love.”

We’re here to support you and have made it our mission to unpack difficult conversations around end-of-life planning and navigating the complexities of death care.”