What the Major Religions Say About Cremation 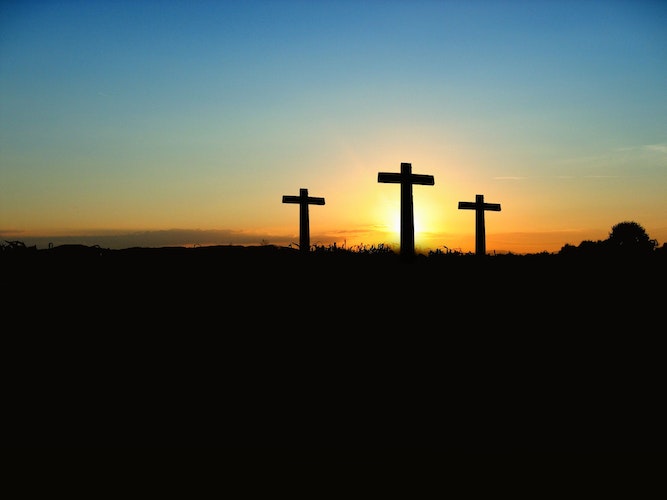 What the major religions say about cremation

Cremation is one of the most common funerary practices globally, prevalent in many different cultures and religions. With the growth in popularity of the practice over the years, many religious institutions have taken a stance on cremation and teach it to their followers. This article discusses what some religions say about cremation, specifically Jewish, Hindu, Sikh, Muslim, Buddhist and Christian faiths.

What Judaism says about cremation

In the Jewish faith, there are both arguments for and against cremation. Traditionally, the funerary practice of choice in the Jewish religion is a burial in the ground. This is because it aligns with beliefs on death, ownership of the body, and the soul.

Many sects of Judaism believe that cremation is not allowed in the faith. There are no explicit laws that prohibit the practice; however, there are views on the treatment of dead bodies that may clash with the act of cremation. Jewish law prohibits defiling of bodies after death and outlines procedures for handling bodies before burial. Additionally, the faith believes that the soul of the deceased does not immediately leave the body. Instead, the soul slowly departs through decomposition. Therefore, the act of cremation can be considered a way of defiling the body and causing pain to the deceased soul even after death.

Outside of religious reasons, cremation is also considered taboo by Jews because of its association with Pagan beliefs. Jewish people were encouraged to separate themselves from such practices and beliefs. Cremation also has an association with the Holocaust during World War II, prompting opposition to the practice.

For all these reasons, Orthodox and Conservative sects of Judaism often hold the position that cremation is prohibited, while Reform Judaism does not. However, Reform still favours burials and discourages cremation, but the practice is not considered a sin.

Although there are conflicting views on cremation in the Jewish faith, that does not mean those that choose to do so will be barred from Jewish funerary practices and ceremonies. For example, cremated remains are allowed to be buried in Jewish cemeteries. Some cemeteries may not allow this, but there is nothing in Jewish law that prohibits the burial of ashes. Additionally, rabbis can still choose to officiate at the funeral of someone who is cremated. For example, in the Conservative sect, rabbis are encouraged not to officiate the burial of ashes but can choose to do so before cremation.

Overall, cremation can be a taboo subject in the Jewish faith. It is not typically the dominant funerary practice and is often discouraged, but it is not prohibited completely. Although cremation is becoming more accepted in the Jewish faith, there are some considerations to think about before choosing the end-of-life practice if you are part of a Jewish family.

What Hinduism says about cremation

In the Hindu faith, cremation is the dominant funerary practice. This practice comes from beliefs about the soul and body. Members of the Hindu faith believe that souls are not attached to a single body. The body is viewed as a container that imprisons the soul. Practitioners believe that cremation is the quickest way to release the soul from the body and put it on its path to reincarnation. The only members of the faith that are typically buried instead of cremated are babies, children, and saints, as they are revered as pure and unattached to their bodies.

The act of cremation is an important part of a Hindu funeral. The cremation process begins with waking before the body goes to the cremation location. During the wake, loved ones dress in white, and the deceased's body is covered in a white and red sheet.

Cremation rites are conducted by the Karta, the head of the deceased's family, often a close male relative, who also collects the remains the next day. The remains are traditionally scattered on a river, typically the Ganges River in India, though other rivers are becoming acceptable substitutes.

For Hindus that live outside India, there are companies that will arrange for the shipment of cremated remains to India. They will also deposit the ashes in the Ganges on behalf of the family.

What Sikhism says about cremation

Cremation is the dominant funerary practice in the Sikh faith. Like Hinduism, members of the Sikh religion believe that souls are not attached to the body. Instead, upon death, the soul is passed on to another body. Therefore, treatment of the remains does not affect the departed soul, so most funerary practices are accepted.

Cremation typically occurs within three days from the time of death. A ceremony is held beforehand for the deceased.

During the ceremony, members read passages, give prayers, and a sweet pudding is shared. After the process, ashes are collected and scattered over water to release the spirit to the afterlife. If that is not possible, they are buried.

What Christianity says about cremation

In Christianity, views on cremation have changed throughout the years. Traditionally, it was opposed in many sects of the faith. However, today it has become more accepted and widely used across the faith. One of the reasons for this growth in popularity is that cremation is not prohibited in the Bible.

In the Bible, some references can be used in both the support for and against the practice of cremation.

For instance, in the case of Saul and Jonathon (1 Samuel 31:1-13), their bodies were burned or cremated after the Philistines mutilated them.

In another passage, Achan and his family (Joshua 7:25) were stoned to death and then cremated. Although these references may lead members of the faith to draw certain conclusions about handling bodies after death, there are no explicit guidelines.

One of the reasons cremations were opposed in the past was that some believed that cremated bodies could not be resurrected. However, this belief has since been refuted because buried bodies decompose over time. Therefore, if it is possible to resurrect a body that has been buried for thousands of years, it will be equally as possible to resurrect a cremated body. Additionally, Christians believe that the spiritual body is the one that will be resurrected, not the physical one.

Overall, cremation is generally viewed as acceptable in Christianity and does not usually bar individuals from traditional burials and ceremonies. There are some sects, such as Greek Orthodox, that overwhelmingly oppose cremation or favour burial. However, the choice is more of a personal matter.

The Church of Jesus Christ of Latter Day Saints teaches that the body is inextricably tied to the soul. As a result, for Mormons, cremation is avoided unless it is required by law.

What Islam says about cremation

For Muslims, the practice of cremation is considered to be “haram”, or forbidden as it is unclean. Practitioners of the religion are prohibited from cremating their dead. The faith also teaches that witnessing a cremation or even showing approval of the practice is also forbidden.

Instead, Muslims bury their dead. They believe the human body should be treated with the utmost respect in both life and in death. The faith teaches that cremating a person upon their death is considered a form of mutilation.

What Buddhism says about cremation

For Buddhists, cremation is a common funerary practice. That is largely because Siddhartha Gautama, known as Buddha, the founder of Buddhism, was cremated after his death. As a result, many Buddhists choose cremation for themselves at the end of their lives. However, burial is also practiced by some followers of Buddhist teachings and is not prohibited. It is also a traditional funeral custom for a Buddhist family to witness the cremation. In the Tibetan tradition, a waiting period of four days is usually observed after death and before a funeral or cremation. Buddhists believe that the soul remains in transition for a period of time after death.