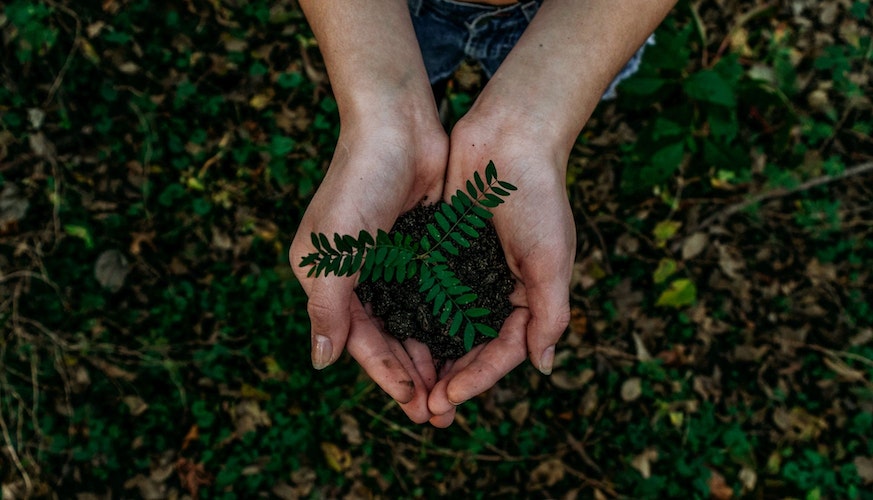 Environmentally friendly options are everywhere in society these days. They include electric cars, increased use of fabric grocery bags, elimination of plastic straws. Now even “green funerals” are an option for people who want to minimize the impact of their death on the environment.

To that end, here are the top 5 environmentally friendly funeral alternatives that are available in Canada today or are being developed and may soon become an option for Canadians.

A majority of Canadians are choosing for their remains to be cremated at the end of their life. In the 1960s, less than five percent of Canadians chose the funerary process. Today, more than 75% of Canadians opt for cremation, which is expected to grow to more than 77 percent by 2024.

Cremation is considered more environmentally friendly than burial because human remains are reduced to just a few pounds of ash in the process. Because fossil fuels are used to fire a crematory furnace, the process is not entirely environmentally friendly. However, embalming chemicals are not necessary for a direct cremation process. A traditional casket is also not needed as there is no burial. Biodegradable cremation urns made of wood, clay, paper, or other earth-friendly materials can be used to avoid polluting the earth and water. A liquid process called aquamation--an alternative to flame cremation--is another funerary option that turns remains into water and bone and reduces the use of fossil fuels (see below).

Aquamation is a relatively new funerary process, sometimes referred to as liquid cremation. It is considered more sustainable than traditional funeral practices because it uses about one-quarter of the energy of flamed-based cremation. The water-based alkaline process--called alkaline hydrolysis--dissolves a body in a matter of hours inside a purpose-built stainless steel cylinder. It uses water flow, pressure, temperature, and alkalinity to break down organic body components. It leaves behind only bone, which is processed mechanically into dust and placed in an urn. The liquid created from the process is safe for disposal in municipal wastewater systems.

High-temperature alkaline hydrolysis, which uses temperatures of 150 C--has been reviewed and recognized by the World Health Organization and the U.S. Centres for Disease Control to dispose of human remains without endangering public health. A low-temperature version of the process, which takes longer and uses even less energy, is also possible; however, health officials have yet to approve it.

Aquamation is legal in Canada in Saskatchewan, Ontario, and Quebec, and the Northwest Territories, with additional provinces considering the process. Companies such as the Ontario-based Eirene.ca offer aquamation as an alternative to flame-based cremation, which it also offers.

A person that chooses eco-friendly, end-of-life processes can opt for numerous earth-friendly burial options. They include:

A new funeral option being used in Washington state is called “recomposting” or human composting. This is where a human body is composted in a process similar to how organic material is reduced in a garden composter. The process is a much greener and energy-efficient way of disposing of human remains. It works by entombing a body in a capsule filled with wood chips, alfalfa, and straw, along with bacteria that are good at consuming organic matter. The process takes about a month to reduce remains to what amounts to fertilizer. This material is further reduced in a “curing bin” for several more weeks. The end product is soil that can be either be returned to the family or, in the case of a Washington state conversation area, used to revitalize a forest. Human composting is not yet legal in Canada.

One of the newer innovations is the Infinity Burial Suit, a jumpsuit woven from a mushroom-spore-infused thread produced by Coeio, a California-based green burial company. The company says the suit helps clean the body and soil of toxins that would otherwise seep into the environment. It also helps delivers nutrients from the body to surrounding plant roots and restarts life around a buried body faster than conventional burial. Coeio also plants two trees for every suit purchased. Former Beverly Hills 90210 star Luke Perry was laid to rest in a mushroom suit after he died of a stroke in 2019.

Eirene offers high-quality, affordable cremation services across Ontario. We allow families to make arrangements online or by phone, from the comfort of their own home. Prepay for your Eirene services online or by phone, in less than 15 minutes, and save thousands compared to traditional funeral providers. Do it entirely online, or work alongside a Funeral Director to find out your options. Get started today.