What Does Next of Kin Mean? What Happens When There isn’t One? 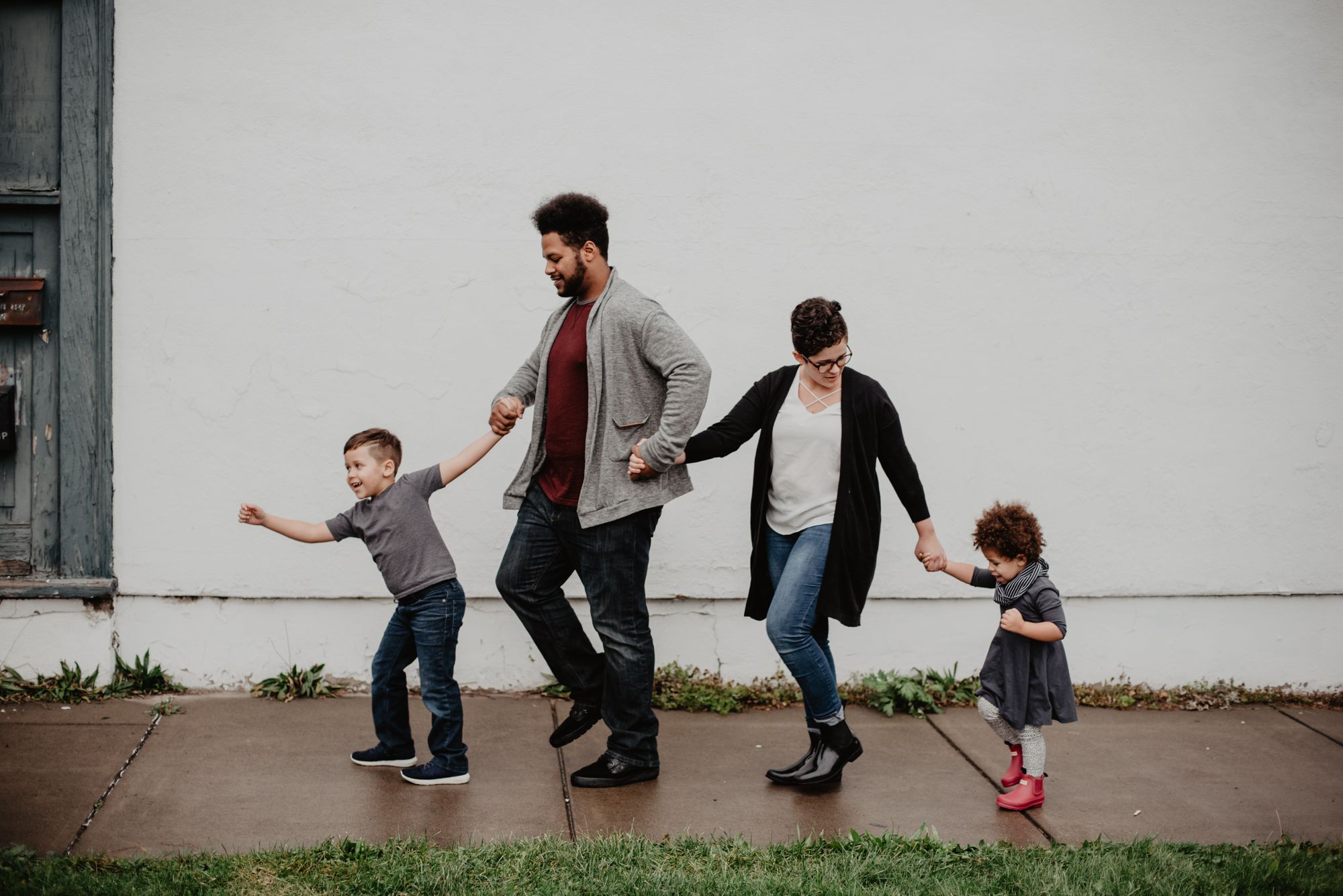 What is “next of kin” and what happens when there is none?

"Next of kin" is a term that comes up often when discussing post-death legal matters such as wills and funeral arrangements. Because it is frequently used, it is important to understand what it means and what happens when there is no next of kin. Here is further insight into the term and how it is used in the funeral industry.

What is next of kin?

"Next of kin" typically refers to a person's closest living relative. The relative can be blood-related, such as children, parents or siblings, or can be someone who has a legal relationship with an individual, such as a spouse or adopted children.

Next of kin is a term most used when someone dies, particularly without a will, which is a legal document that outlines how estate, assets, and custody of children, if applicable, will be handled after death. If someone dies with a will, an appointed administrator, called an executor, is responsible for their estate. The executor does not need to be the next of kin.

The estate and assets are distributed by the executor according to the wishes in the will, if it and in accordance with local and federal laws. The executor is also often in charge of funeral arrangements or administering funeral responsibilities to someone else.

Next of kin comes into play primarily when there is no will. If someone dies without a will, the law states that they have died "intestate." This means that they have left no instructions on who will handle the responsibilities that would fall to an executor. In this case, inheritance rights, funeral arrangements, and other responsibilities will typically fall to the next of kin.

Dying without a will

There are many consequences to dying without a will. A person’s spouse is not guaranteed automatic inheritance of their property as sole beneficiary, particularly if a couple has children.

Depending on the province, children will inherit when they turn 18 or 19 years old. But no one, including a spouse, can decide how an estate will be divided if there is no will.

Instead a court-appointed representative is appointed to administer an estate and manage final affairs of the deceased without their family’s involvement. The administrator also divides and distributes the deceased person’s possessions, including any valuable items they may have owned, like property, investments and cash.

The distribution process is done according to a well-established legal formula, meaning there are no guarantees as to who will receive what.  This can lead to court battles between family members as well as substantial stress and acrimony.

A well-known court case in Canada called Catto v Catto illustrates what can happen when a person dies without a will.

Mark Catto died less than a year after he married his wife Donna. He had no will. The couple, who lived in Kingston, Ontario, had no children. Mark’s mother Nan and his brother Chuck also survived him.

Mark’s widow Donna made funeral arrangements in his hometown of Lacolle, Quebec. She also planned for Mark’s ashes to be buried in the family plot in Lacolle. However, before his ashes were buried, Donna seemingly changed her mind and advised the funeral director that she wished to take his remains back to Peterborough, Ontario.

Six months following Mark’s death, Donna interred the urn containing Mark’s ashes in Peterborough rather than in the family’s plot in Lacolle.

Mark’s mother Nan brought an legal challenge alleging that Mark had wished to be buried in the family plot in Lacolle. She sought orders to have the ashes exhumed and that half be returned to the family plot.

And this is where the court stepped in. Within section 29 of the Estates Act, it is the court’s discretion to appoint either a spouse or common-law partner, next-of-kin or both, as Estate Trustee, in the event a person dies without a will.

Justice R. Smith identified that the deceased’s mother lived outside of Ontario and determined that Donna was the sole beneficiary of Mark’s entire estate.

As the married spouse with no children, Donna was entitled to receive all of the assets from the estate. Justice Smith’s decision held that Donna should be given priority over the deceased’s mother and named Estate Trustee. Therefore only Donna had the right to make the burial arrangements for her late husband.

Determining next of kin in Canada

Determining the next of kin varies depending on the area or country that you live in. However, in many cases, responsibilities will fall to the spouse or children of the deceased. This is the case in Canada.

Canadian law dictates that the order of priority for inheritance and custody matters begins with the spouse. Therefore, if there is a spouse and no children, everything will be handled by the spouse. However, it is important to note that this does not apply to common-law partners. A common-law spouse must prove dependency on their deceased partner regardless of how long they have been together. If this can be satisfied, they can take charge of the deceased person’s estate.

If a spouse and children survive the deceased person, the spouse will get a "preferential share," meaning that they will control up to $200,000 worth of assets. The leftover assets (called the “residue”) are divided between the spouse and children. How the residue is divided varies depending on the number of children.

If there are children, but no spouse, each child receives an equal share. If the child has died, then their descendants (e.g., children) will receive their share of the estate instead.

Next of kin order of priority is as follows:

No next of kin and unclaimed bodies

When someone dies without a will, the government determines the next of kin or finds a claimant for the body. A claimant is a person (e.g., neighbour) or organization (e.g., church) that will take on the responsibility and cover the cost for funeral arrangements and final disposition. That person does not need to be blood-related.

The timeframe for when this process starts and how long it takes varies. However, the search will typically begin 24 hours to 10 days after the death and be completed within a four to six-week window. If no claimant is found after this process, the body is considered unclaimed.

How a claimant search is conducted
The claimant search process begins with a review of records and known information about the death. This includes health chart reviews, a search of belongings, calls to emergency contacts and landlords, as well as contact with police, and more. This typically happens within the first week.

Between week two to five, the case can be referred to the Office of Public Guardian & Trustee Estates in Ontario and similar government organizations in other provinces and countries. The OPGT can act for Ontario residents if they died without a next of kin. The OPGT will initiate an investigation to search for a next of kin and can administer a person’s estate if it is determined by a court to have authority in a case.

The final week involves submitting documentation to the Regional Supervising Coroner's office if no claimant was found. More information on this process can be found here.

Funeral and disposition arrangements for unclaimed bodies are made by the Office of the Chief Coroner. This will also happen when one or more eligible claimants are found, but they do not want to claim the body. These arrangements typically occur within the municipality where the individual died.

During the search, bodies are often stored in morgues or crematoriums. Afterwards, they are buried in cemeteries.

Funerals and burials are typically conducted as affordably as possible. For example, cemeteries on the outskirts of populated areas may be used because fees to bury people in these locations are lower than at cemeteries within towns and cities.

Bodies are typically buried without embalming, out of respect for the deceased, as this is an invasive process. In some cases, the deceased can be placed in unmarked graves with no formal ceremony. However, many funeral homes and cemeteries will try to provide a small service or marker out of respect.

In Toronto, the Employment and Social Service department is in charge of arrangements for unclaimed bodies. Services are funded by the Ontario Works program; graves are marked with numbered markers and recorded by the cemetery.

In terms of an unclaimed person’s estate, it is transferred to the Ontario government if no next of kin is found. Typically a portion of the estate will be used for funeral arrangements.