What is a Columbarium? How is it Used to Store Ashes? 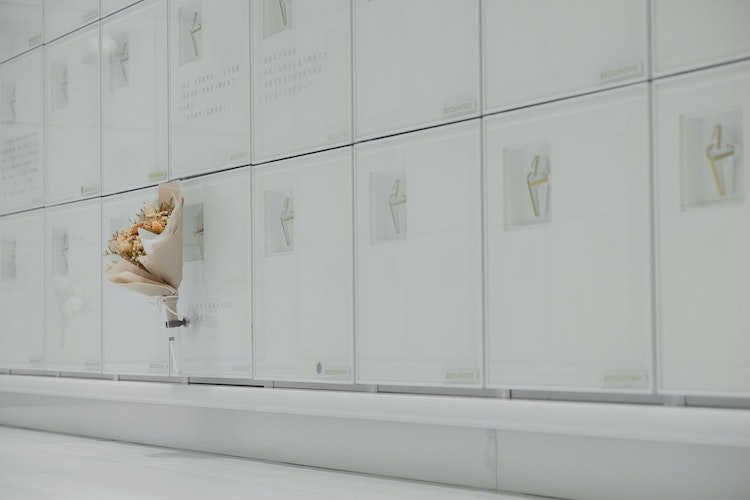 What is a columbarium?

As cremation grows in popularity, so do the options for what to do with cremated remains. Ashes can be buried, scattered, turned into a tree, and even sent into space. However, for those that want a more traditional option, the placement of ashes in a columbarium is an excellent choice. This article will outline what you need to know about columbariums.

What is a columbarium?

A columbarium is a structure used to store and often display urns containing cremated remains. The structure is typically a wall, room, or building that can be indoors or outdoors.

A columbarium often has designated areas called niches. A niche holds the urns and has features that help remember and memorialize a loved one. They can include an inscription or small pictures of the deceased and small personal items or mementos.

The name "columbarium" means "dovecote" in Latin, coming from the Latin word "columba" (dove) and the suffix "arium" (place for). It resembles structures used to house pigeons and doves (e.g., a dovecote).

Columbariums have been around for thousands of years. The idea originated during the early Roman empire when cremation was commonplace. These burial spaces were an alternative to traditional house burials and were typically used for lower and middle-class Roman citizens. The structures were ordinarily made of brick walls with niches for urns and built around an open court. The use of columbariums was discontinued during the reign of Roman emperor Hadrian. They were replaced by burials and did not return to common use until the 20th Century.

Where are columbariums located?

Columbariums are usually located in cemeteries, but they can also be found in churches, crypts, outdoor monuments, crematorium sites, and more. They can be structures that stand alone or are part of other burial monuments, such as within a mausoleum.

What are columbarium options?

When choosing a columbarium, the main things to consider are the type, style, and location.

A columbarium typically features niches, or shallow recesses, that can contain cremation urns. Types of niches include:

Niches typically have three variations: granite-front, bronze-front, and glass-front. For granite-front and bronze-front types, the niche is sealed. The bronze front is similar to a headstone and can be customized to include information about the deceased.

A granite-front niche is more challenging to customize and add an inscription. However, a bronze plaque can be added for that purpose. Glass-fronted niches allow the urns to be displayed visibly alongside inscriptions, small pictures, or tokens related to the deceased.

In terms of the columbarium itself, it is often made of brick or concrete. The style/design of a columbarium depends on the cemetery. For example, customization options at a public/shared columbarium are limited, in most cases, to the niche selected.

Private or custom columbariums are possible in some cases and can provide a family with more say in the design. However, the cost to have one designed would be significant.

How much does a columbarium cost?

A single niche in a columbarium costs around $700. Larger niches can cost a few thousand dollars. However, these can fit more than one urn, making it more cost-effective overall.

Another major factor affecting the cost is the location of the niche and columbarium. For example, a spot in an indoor columbarium would cost more than it would in an outdoor one. Similarly, a glass-front niche can cost more than a granite or bronze one because it is almost always stored inside, as it does not hold up as well to the weather. Finally, the cemetery location also plays a part in the price. For example, a niche at a famous cemetery or one in a heavily populated area would likely cost more because of demand.

The best way to figure out pricing is to contact cemeteries in your area. It is best to do so before the death of a loved one, if possible, as a last-minute purchase can also add to the cost.

Why choose a columbarium?

One of the main reasons to choose to place remains in a columbarium is the cost. As mentioned above, the cost for placement in a columbarium can start as low as $700. Even the more expensive options typically cost a few thousand dollars. Mausoleum prices are usually higher. Individually owned plots can range from $3000 to $30,000, and private mausoleums can cost anywhere from $25,000 to $500,000. With both options, you get the benefit of being in a cemetery. Cemeteries provide a well-maintained and permanent space for future generations to visit their loved ones. However, a columbarium provides this at a fraction of the cost.

Choosing a columbarium can also benefit the environment. Cremation is often viewed as a cheaper and sustainable option when compared to burials. It is less labour intensive, requires fewer resources, and leaves less of a physical and environmental footprint. And this footprint can be further reduced when using aquamation over flame cremation. Additionally, columbariums take up less space than traditional burials or mausoleums. This reduces the number of resources needed for upkeep and leaves more room for additional cemetery plots. Overall, a columbarium offers a unique option that can benefit the customer, the cemetery, and the environment.

Where are columbariums in the Toronto area?

Here are the locations of several of the best-known columbariums in Toronto, Ontario.