What is a Wake? What is Wake Etiquette for Guests? 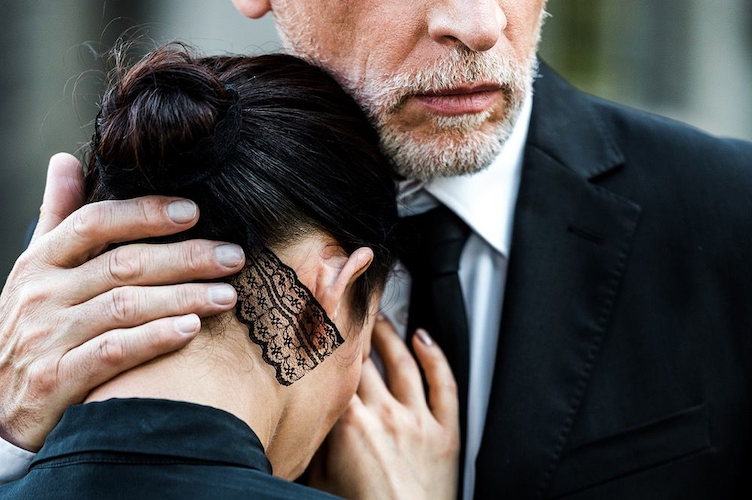 Learn about the funeral ritual of a wake. What is a wake, what happens at the event, and what is expected of guests who attend.
4 minute read

A wake is a funeral event you may have heard of before. They are referenced in movies and TV fairly frequently. You might have been invited to one. To that end, this article describes what a wake is, what happens, what is wake etiquette, where it is celebrated, and what is involved in the service.

What is a wake?

A wake can have different meanings or different names. However, it generally refers to a social gathering or memorial event held before a funeral with the body present.

Traditionally, a wake was held at the house of the deceased person's family home. This is still a common practice, but it is more common for a wake to be held at a funeral home or alternative location.

The term wake has its roots in religion, particularly Catholicism, and was a custom in Celtic countries in Europe, especially in some parts of Scotland, North England and Ireland.

A wake used to refer to a prayer vigil to keep watch over the dead until they were buried. This was commonly held on the feast day of the patron saint. However, there has been less of a focus on prayer throughout the years, but it is still a significant aspect at some wakes.

Today, a wake has more of a general connotation, and, in North America, it is often viewed as synonymous with a viewing or visitation. These services are usually held before a formal funeral with the body present. Viewing is for those who have an open casket burial (or viewing before cremation), and visitation is for those who have a closed casket burial or cremation.

The main difference between viewing and a wake is that a wake typically has an important religious focus. A viewing can also be religious, but it is often not the main intent. Wakes can also be more informal than viewings and visitations, primarily if held at the deceased person's home.

What happens at a wake?

The purpose of a wake is to provide an opportunity for close friends and family to support those closest to the deceased and say their final goodbyes.

Wake activities and rituals vary. Due to its religious ties, you can expect a religious service. It is common for a priest to attend and hold a small ceremony. This can include prayers, recital of scriptures and of the rosary, and more. A wake will usually include food and drinks, music, and the like.

A wake is usually scheduled before the funeral with the body of the deceased present. However, in some cases, it can also be held afterward. Although, this is often more referred to as a reception.

Wakes are most often celebrated before a deceased person is buried since the presence of the body is often an essential part of the service. However, it is possible to do this with prior to cremation as well. It is possible to have a similar celebration after the body has been cremated, but it is not likely to be referred to as a wake.

What is expected at a wake?

There are no universal rules on how to conduct a wake. However, as with other funeral services, the main expectation of guests is to come together in memory of the deceased person.

Expectations for attendees at a wake are the same as with most funeral services: To come and pay respects to the dead and comfort family of the deceased person and close friends.

When it comes to the religious aspects of a wake, it is okay if guests are not part of the religious affiliation. However, they are expected to be respectful and participate in services where appropriate.

For example, if a priest recites a prayer, it is okay if you do not know it. If the prayer is visible (e.g., written in a book or a pamphlet), guests are welcome to say the prayer as well. However, if that is not possible or they choose not to, they are expected to be quiet and respectful during the prayer. If you have a child or baby, it is also advised to ensure they are quiet during that time, where possible.

What to say at a wake

It can be challenging to find the right words to say to someone who is grieving. Below are some things to consider when choosing your words.

First, it is better to say something than nothing at all. If the intentions are good, most people will appreciate the sentiments. However, it is best to keep things more general and avoid cliches.

For example, saying "I'm sorry for your loss" is often more comforting than saying "everything happens for a reason."

Similarly, even if the individual has the same religious beliefs, it is best to avoid religious sentiments. Although some may find comfort in a statement such as "death is part of God's plan," others may find these statements to be insensitive or inauthentic. Likewise, it is important not to shut down these statements when made by a grieving person. If the deceased's family finds comfort in relating the death to religion, it is insensitive to make contradicting comments. A good tactic here is to listen to what they have to say and encourage them to express themselves. Look for ways to align your own beliefs with what they say.

If you are unsure of what to say, another thing you can do is to simply listen. Having someone to talk to can help mourners feel less alone. Getting feelings off their chest in a non-judgemental space can be very therapeutic and integral to the grieving process.

Regardless of what you choose to say, it is important to remember that everyone grieves differently. There is no right or wrong way to do so, so it is essential not to attempt to control how someone feels or acts when someone dies.  See more here: What to say at a funeral.

What to wear at a wake

There are many things to consider when choosing what to wear during funeral services. A wake can sometimes be a more casual service; however, formal attire is often expected of guests unless advised otherwise. Similarly, it is advised to wear darker colours such as black, and avoid bright colours such as greens, reds, pinks, yellows, etc.  You can learn more in this article: What to wear at a funeral .

If you have questions about a wake, funerals, cremation, aquamation or other end-of-life queries, you can ask our experts at Eirene. Send an email to support@eirene.ca or use our contact page.

To make arrangements for a loved one who has died, click here.