​​What is a Funeral Repast or Repass? 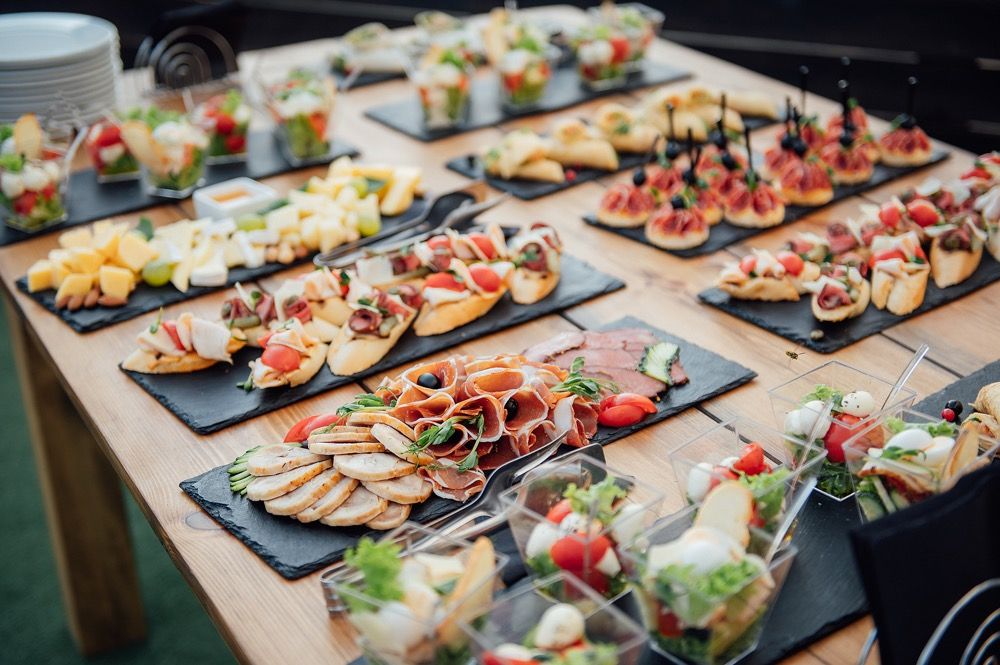 A repast is any gathering of people after a funeral service. Some people called it a reception, which is the term most commonly used. That said, repasts are less formal than a funeral service or memorial. They are often open to everyone who came attended the funeral, though a private funeral repast might be a choice for some families. Below is everything you need to know when planning or attending a repast.

What is a Repast or Repass?

A repast - or repass - a is a meal shared by family and friends of the deceased person after a funeral service.

It is another way to reminisce, celebrate, and honour the deceased after the formal services are over. Additionally, it provides a sense of community and comfort for those grieving.

The term "repast" has Latin roots, it means "to eat" and originally referred to any mealtime. However, it has become synonymous with a meal eaten after a funeral over the years.  See more on its language origins in this Wiktionary entry.

Traditionally, a repast was a smaller event consisting of close family and friends. However, it is more of a larger gathering in modern times and is open to almost anyone connected to the deceased person.

A repast can also be referred to as a repass, funeral reception, funeral meal, mercy luncheon, dignity meal, meal of condolences, etc.

What Happens at a Repast?

A repast is a meal held after a funeral. Therefore, a key activity is eating a meal. However, repasts are not limited to food.

What happens at a repast depends on the wishes of the family and cultural, religious, or societal customs. However, in addition to a meal, it provides a space for people to talk, reminisce, and support each other through a difficult time. A funeral can also be stressful, so a repast can be a place for people to unwind and relax, especially for those planning and attending the other funeral activities.

Some common activities that also happen at a repast include an open mic, speeches, slideshows, music, dancing, movies, and more.

Common locations for a repast include a family home, reception or community hall, or church.

For example, if you have a small family or would like to limit the guest list to immediate family, a smaller venue such as a family home or restaurant will work well. However, if the invitation is offered to anyone who has attended the funeral or connected to the deceased, a large venue should be secured.

Some may wonder who is invited to a repast. In most cases, if the event is private, people welcome to the repast will receive an invitation. This is typically done through email, letter, text message, or by phone.

If the event is public, the funeral director, member of the family, priest, etc., will announce the repast and provide the time and location at the end of the funeral.

It is good practice to hold a repast at a location that has room for everyone to sit and eat comfortably and is relatively close to where the funeral is held.

Food and Drinks Served at a Repast

Like location, food and drinks choice is based on the discretion of family and friends.

In most cases, a repast includes a full meal. However, it can also consist only finger foods such as snacks, appetizers, and hors d'oeuvres. In addition, it is common for food to be served buffet style because this is often easier and cheaper to prepare.

Some common foods offered at a repast include, but are not limited to:

Drinks served at a Repast

What is offered may also depend on religious and cultural customs. For example, for some branches of Hinduism, funeral guests are not allowed to eat meat for some time after a death. Therefore, repast foods are traditionally vegetarian dishes.

It is common for repast food to be catered, but family and friends can also self cater the event. Alternatively, if it is held at a restaurant, everyone can order their own food.

What to Wear to a Repast

It is standard to wear formal and modest clothes to most traditional funeral services. Additionally, it is advised to wear darker colours such as black and brown and steer clear of bright colours such as pink, orange, red, etc.

A repast is usually a more casual and less formal event. Therefore, it may not be necessary to follow the same dress code. However, it is common for a repast to be held right after a funeral, so it is unlikely that people will go home and change. However, if held hours or days afterward, it will depend on the location. In most cases, business casual clothing would be acceptable. If you are unsure of what to wear, it is best to check with the host family beforehand.

How Much Does a Repast Cost?

The cost of a repast will vary depending on location, guest list, food choice, venues, etc. For example, a small meal (less than 10 people) made by family and friends may cost a couple of hundred dollars. If the event is held at a large venue, with several guests and catered food, it can easily cost upwards of $2,000.

Therefore, the cost of a repast would depend mainly on the family's budget for planning the event. In most cases, guests are not expected to pay for the meal, but if the family is experiencing financial difficulties, they may request a donation to help cover the costs.

Some ways to help reduce the cost include:

When planning a repast, the most important thing to keep in mind is that all choices are up to you. There are no rigid rules.

There is also no obligation to buy expensive food, cater the event, book extravagant venues, etc. Of course, it is nice to cater to as many people as possible if the objective to invite everyone at the funeral service, but that is not the goal of a repast. The purpose is to remember and honour the deceased, not impress or cater to guests.

Have a question about funeral events, traditions, or end of life topics?

Our experts at Eirene Cremations are ready to help answer your questions about funerals, arrangements or end of life choices. Contact us via email at support@eirene.ca or use our contact page. To make arrangements for a loved one, click here.