What is Human Composting? 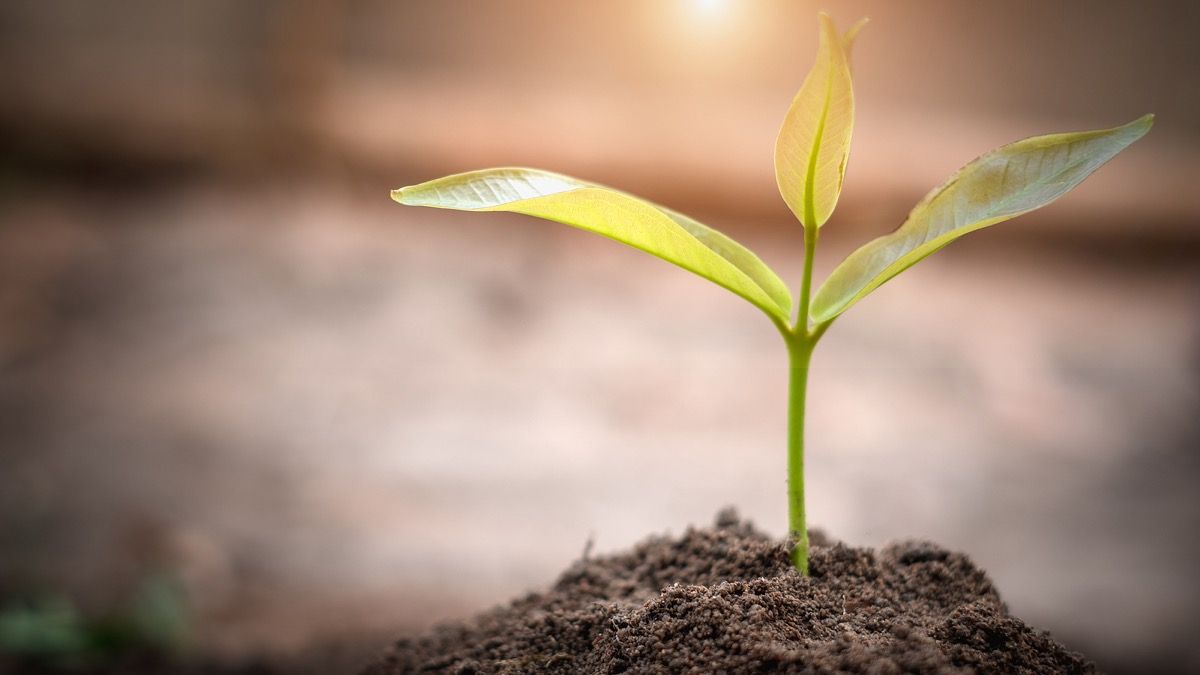 Green funeral alternatives have become increasingly popular in recent years as interest in environmentally sustainable end-of-life plans grows.  Funeral options that are more sustainable than a resource-intensive traditional burial currently include cremation, aquamation and green burial. But did you know a person can choose to have their body turned into nutrient-rich and usable soil after death? This is possible through a new technology called human composting. Learn more about this emerging final disposition option below.

The idea was developed by Katrina Spade, founder and CEO of Recompose, a U.S. funeral provider based in Washington state. Since it was founded in 2017 and launched in 2020, Recompose has developed human composting as a viable funeral disposition option.

Spade first became interested in mortality and death in 2011. She was playing with her young son and had the realization that he was growing so fast. Soon he would be an adult, and she would age along with him. "Someday he'll be 40, I thought. Oh wow… I'll be over 70 then! That realization inspired me to start thinking about my mortality," she recounted on the Recompose website.

She brought the initial curiosity into her studies at the University of Massachusetts Amherst, where she began thinking about the impact of traditional burial and cremation. She also looked at green burials but realized that she would likely need to move out of the city to pursue that path. Instead, she began looking at how she could bring nature to urban death care.

The human composting idea started becoming more of a reality in 2012. Spade's friend explained that farmers have been composting animals to create soil for years. It made her wonder if that would be possible for humans. So, Spade and some friends created a compost heating system to demonstrate the power of microbes. During her graduate studies, sustainable end-of-life practices continued to be the focus and she completed her thesis on human composting in 2013.

After graduation, she began working in sustainable design while she worked on the human composting concept on the side. In 2014, she was awarded the Echoing Green Fellowship, which allowed her to focus full-time on sustainable death care.

In 2014, she founded the Urban Death Project, where she worked with experts in soil science, engineering, and project management to develop the initial composting system. Less than a year later, the company tested the concept with the help of Western Carolina University Professor Cheryl Johnston.

In 2015, Spade launched a Kickstarter project called "The Urban Death Project: Laying Our Loved Ones to Rest." It was an immense success, with backers raising $91,378 in funds, which were used to further Spade's research.

In 2016, Spade presented her work at TEDx Orcas Island. After her TED Talk, her team decided to change how a body would be placed for human composting, allowing faster legalization. Soon after, Recompose was founded, and the Urban Death Project was shuttered. Recompose secured author Margaret Atwood as an investor, and with additional investment from several others, the company raised $693,000.

The company began a pilot study in 2018 with Dr Lynne Carpenter-Boggs of Washington State University. It received six donor bodies, and the study proved that the human composting process eliminates pathogens and heavy metals to under EPA-recommended levels.

Washington was the first state to legalize human composting

Later that year, Spade was awarded the Ashoka Fellowship and began to pursue legalization of the funeral method with the help of Professor Tanya Marsh and funeral director Nora Menkin. As a result, Washington was the first state to legalize the process in May 2019.

Soon after, Recompose partnered with Bells Mountain, a 700-acre land trust in southern Washington, to allow for soil produced in the process to be donated to aid in environmental restoration.

The company began prototype testing in 2019 and established facilities in Seattle. By 2020, Recompose had raised $6.75 million in investment funds. It also launched Precompose, a pre-arrangement payment plan for human composting.

However, Recompose did not open until later that year in December. Since then, the company has garnered numerous supporters and continues its public policy work to legalize human composting across the United States and in other countries.

How does human composting work?

Human composting harnesses the power of microbes that naturally occur in plant matter and the human body and uses them to transform human remains into soil.

The process begins by placing the body in a cradle on a bed of wood chips, alfalfa, and straw. Next, the cradle is placed in a steel cylinder vessel and covered with more plant matter. This process is called "laying-in," and families are invited to witness this step via video streaming or can have it recorded to view later.

Families may also add to this experience by choosing options like a carbon cycle ceremony, candle lighting, guided breathing, and a faith service. Learn more about these options here: About Laying-In.

What happens to bones and teeth during human composting?

For the next 30 days, the deceased person remains in the vessel, where microbes break down everything in their body and the plant material in the cradle.  That includes all the soft tissue as well as bones and teeth.

After that, the soil is removed and scanned to recover non-organic material ( such as hip or other surgical implants), which is recycled when possible. The soil is also tested for safety and left to dry and cure for two to four weeks.

Once the soil is complete, families can take it home to use as they wish or donate it to Bells Mountain to help with ecological restoration and revitalization.

How long does human composting take?

Altogether, the human composting process takes approximately six to eight weeks and produces about one cubic yard of soil.

The process also has less of an environmental footprint when compared to more traditional funeral options and reduces a person's post-mortem carbon footprint. It uses less energy than cremation and doesn't burn fossil fuels or emit harmful greenhouse gases and chemicals. It also eliminates the need for caskets and other funeral services.

How much carbon does human composting save?

Expert Dr Troy Hottle created a scientific model to compare cremation, burial, green burial, and human composting. He found that 0.84 and 1.4 metric tons of carbon are saved through human composting.

How much does human composting cost in the U.S. and Canada?

In 2022, Recompose's human composting fees were priced at $7,000 USD or in Canadian dollars it is approximately $8,800 CAD. Included in the fees are:

Where in the U.S. is human composting legal?

Recompose's services are currently available to residents in Washington and Oregon, but the company has plans to start operations in Colorado by the end of 2022. The company is also working with supporters to get the process legalized in more states.

For example, Rep. Jack Lewis and Rep. Natalie Higgins are leading a bill to legalize human composting in Massachusetts. The bill has been referred to the Joint Committee on Public Health, and reporting is scheduled for Dec. 31, 2022. In addition, bills have also been proposed in Maine, California, Delaware, Hawaii, New York, and Vermont.

For more information on where human composting is legal and where it is being considered, please click here.

Is human composting legal in Canada?

Although human composting is not yet legal in Canada, the process has piqued the interest of many Canadians and prompted the creation of The Good Green Project, an Ontario-based volunteer advocacy group that is building on the work of Recompose with the intention of eventually legalizing human composting in Canada. "This work could help lay the groundwork for a made-in-Ontario approach to provide the greenest end-of-life option," the group said on its website.

Is human composting available to Canadians?

In January 2022,  Return Home, another U.S. company that offers human composting services, became the first human composting company to accept Canadian bodies at its 11,500-square-foot industrial facility in Auburn, Washington.  The company, which refers to its version of human composting as "terramation," accepts Canadian resident bodies by air or ground transport to its facility in Seattle. It also will return terramated soil back to the families once the process is complete.

The company said it is fully versed in managing the international transportation process and will be responsible for handling every aspect of our Canadian client's care.

Micah Truman, return Home's CEO, said in a news release: "We look forward to opening a facility in Canada just as soon as legislation approving Terramation is approved, and in the meantime, are delighted that we can now offer our services to Canadian residents.

You can find out more at https://returnhome.com.

Have a question about sustainable funerals?

If you have a question about other green funeral technologies, see our green burial guide and the cost of a green burial. To learn about more sustainable funeral options such as aquamation or cremation or to make arrangements for yourself or a loved one, click here.