Who Has the Right To Make Funeral Decisions? A Case Study 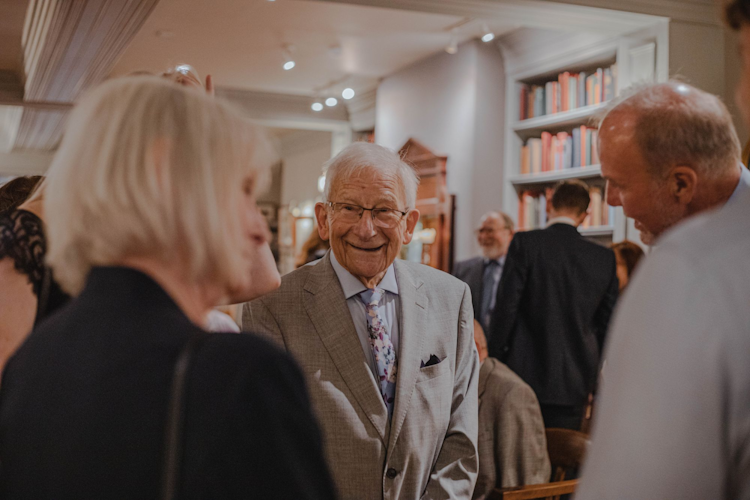 Benjamin Franklin famously wrote that in this life, there is no certainty save for death and taxes. We all face these eventualities, even though neither one seems particularly inviting to think about or contend with before it’s necessary. Although between the two, it’s probably a lot more likely for us to finish tax returns before we turn to examine end-of-life planning.

First, it’s normal to feel anxious. Talking about the end of our lives and making tough decisions after we’re gone can be difficult. But, doing so can be a massive help in the long run. We’ll discuss the finer points of end-of-life decision-making and how making these decisions will benefit you and your loved ones before and after you’re gone.

What Happens Without A Will?

In Canada, when someone passes without leaving a last will and testament behind, it’s known as ‘dying intestate.’ Without a will, it can be impossible for your loved ones to determine who should have the authority to make final arrangements as the named Estate Trustee once you’re gone.

In reality, there are many consequences to dying without a will:

Only an established Estate Trustees has the sole legal authority to manage or distribute your estate and carry out any requests as dictated in your will. That’s why deciding who will make these decisions is an integral part of the will writing process. The person named as Estate Trustee has a legal duty to you and your beneficiaries.

However, without a clear delineation of who should be Estate Trustee, conflicts can surely arise after you’re gone.

Without pre-planning your funeral or will, who plans your funeral or makes your final arrangements? In this famous case of Catto v Catto, Justice Smith had to determine who had that right.

Mark Catto passed away after less than a year of marriage to his wife, Donna. Mark and Donna had no children and were survived by his mother, Nan, and his brother, Chuck. He died without a Will.

Mark’s widow Donna made arrangements for the deceased’s funeral in his hometown of Lacolle, Quebec and for Mark’s ashes to be buried in the family plot in Lacolle. However, before his ashes were buried in the Catto family plot, Donna advised the funeral director that she wished to take Mark’s remains back to Peterborough. Six months following the passing, Donna interred the urn containing Mark’s ashes in Peterborough rather than in the family’s plot in Lacolle.

And this is where the law stepped in. Within section 29 of the Estates Act, the court discretion to appoint either a spouse or common-law partner, next-of-kin or both, as Estate Trustee, in the event a person dies without a will.

Justice Smith identified that the deceased’s mother lived outside of Ontario. From here, the Justice determined that Donna was the sole beneficiary of Mark’s entire estate and that no potential conflict of interest existed between Donna and the estate as a whole. Justice Smith also identified that since there were no children from the marriage or otherwise, there was no possible conflict between said children and Donna.

As the married spouse, Donna was entitled to receive all of the assets from the estate. Justice Smith’s decision held that Donna should be given priority over the deceased’s mother and named Estate Trustee. Therefore only Donna had the right to make the burial arrangements for her late husband.

The decision in Catto v. Catto reminds us that, without a will, conflicts can arise between family members who are left behind to make your final decisions. That’s why acting now to create your will can be a great choice, not just for you but for your loved ones as well.