What is Promession? A Guide to a New Funerary Process 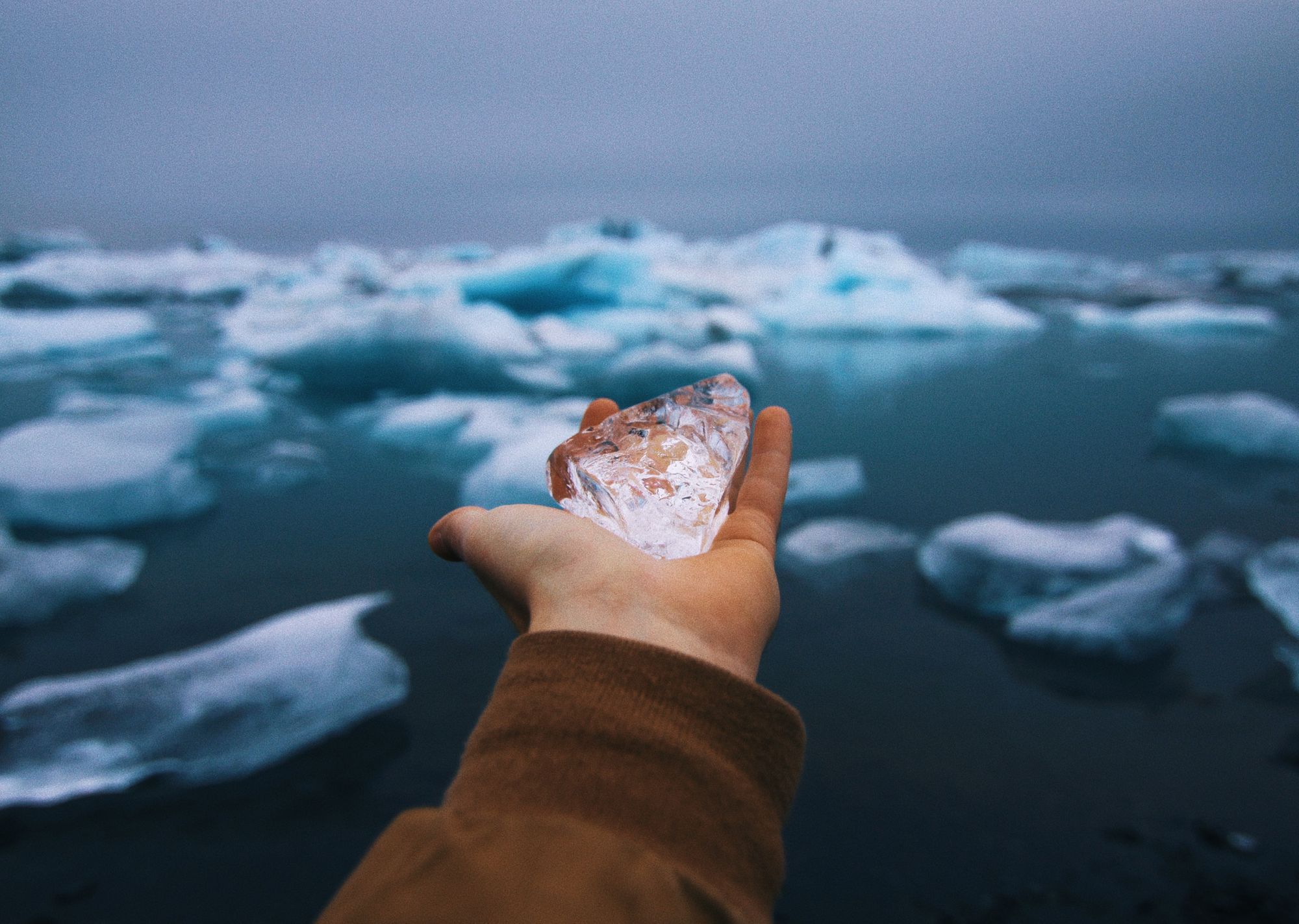 Humans have been burying and cremating their dead for thousands of years. Yet in more recent times, there has been a trend towards developing new final body dispositions, particularly those that are more sustainable like aquamation and green burials. Now there is a new funerary process in development called promession.

The process called promession., developed originally in Sweden, is gaining attention because its proponents say it is more “eco-friendly” and sustainable than traditional funeral practices.

While not yet available or legal in Canada or the United States, promession may someday become yet another option for families who are seeking to put a loved one to rest after their death.

Below is everything you need to know about what promession is and what it can offer for the future of body disposition.

Promession (pronounced pro-mesh-shun) is a body-disposition process similar to cremation, in which a body is reduced to a powder. Instead of using flames, high heat, or high-pressure, promession reduces carbon content in the body using freeze-drying technology.

Promession was developed by Swedish biologist Susanne Wiigh-Mäsak in the late 1990s. She founded Promessa Organic to get the idea off the ground. She derived the name from the Italian word for “promise” (promessa).

Since the company's inception, Wiigh-Mäsak conducted countless interviews and spoke at conferences such as Idea City and TEDx. Her organization received traction over the years garnering supporters and media coverage .

Nonetheless, Promessa Organic liquidated in 2015 before it could create a functional facility to offer the service. After liquidation, Wiigh-Mäsak spent her remaining years training Promessa representatives and ambassadors until she succumbed to cancer in September 2020.

How does the promession process work?

The promession process begins with the placement of a body in a cryogenic freezing chamber. Next, the body is sprayed with liquid nitrogen at a temperature of -196 C (-320.8 F). This part of the process crystallizes body cells.

Once the body is fully frozen, the chamber is mechanically vibrated for several minutes. The vibration causes the frozen cells to disintegrate, reducing it into crystallized particles. The remains are collected in preparation for the freeze-drying process.

The particles are placed in a vacuum chamber, and the water is removed using a technology called sublimation, a process that changes frozen solid material into a vapour without having a liquid phase. This change leaves a powder that is equal to approximately 30 per cent of the deceased person’s original weight. So, for example, a human body weighing 170 lbs (77.1 kg) would be reduced to 51 lbs (23.1 kg) of particles after the process.

Next, any metals, such as artificial hips, pacemakers, tooth fillings, etc., are removed from the particles using magnets or sieves.

Finally, the powder-like remains are placed in a biodegradable container made from corn or potato starch. The container is sealed and buried in top layers of soil. Burial exposes the container to aerobic bacteria that decompose the remains over  a period of 6 to 18 months.

Wiigh-Mäsak advised against scattering the remains. In an interview with WIRED UK in 2013, she said that remains should not be scattered because they are still organic material.  Upon burial, they become nutrients for the soil, so if they are scattered instead, they could become food for plants or wildlife.

Remains can also be cremated to reduce them further and make them viable for scattering or other options like sending ashes into space or placing them in special-made memorial fireworks.

Benefits of promession vs. other forms of body disposition

Promession, like cremation, has advantages over traditional casket burials. Is it less labour intensive, requires fewer resources, is more sustainable, and is more cost-friendly. Embalming is not needed beforehand, and few resources are needed for upkeep of a gravesite.

Additionally, a promession burial takes up less space than a traditional casket burial, which helps reduce the demand for land use set aside for cemeteries. Moreover, promession does not introduce chemicals, metals, and other harmful substances into the ground upon burial.

The remains and the container also decompose far quicker than a casket and embalmed body.

What does promession cost?

In terms of cost, since it is not available in most countries, it is difficult to determine the exact cost. However, like direct flame cremation, promession is marketed as significantly cheaper than a traditional casket burial.

A casket burial typically costs $10,000 or more through Canadian funeral homes. While not yet available, or legal, in Canada, it is expected that a promession funeral would be similarly priced to cremation or aquamation.

Promession also has additional benefits when compared to cremation. With flame cremation, the body and casket are placed in the cremation chamber and subjected to intense heat, ranging from 760 to 980 C (1400 to 1796 F). The body, along with the casket and any metal implants, is consumed by the extreme heat in the chamber. Then, implants are separated from the ashes, and the remaining bone fragments are mechanically processed into fine particles and placed in a container or urn.

Although often viewed as more sustainable than burials, the flame cremation process still has an environmental impact. There is burning of fossil fuels and the emission of greenhouse gasses such as carbon monoxide, embalming chemicals  such as formaldehyde (if used), and mercury from dental fillings and body implants. Promession does not require the burning of fossil fuels, nor does it emit harmful greenhouse gases.

The differences between promession and aquamation are more nuanced. Aquamation uses the chemical process of alkaline hydrolysis to cremate remains. The body is treated with a combination of water, alkali (potassium hydroxide), heat, and pressure, which produces a reaction that speeds up the body's decomposition. When finished, it leaves behind bone fragments and a sterile liquid. The latter is disposed of via municipal wastewater.

Like promession, aquamation also does not burn fossil fuels or emit harmful greenhouse gases and uses less energy than flame-based cremation. The liquid by-product can also be disposed of through the sewer or wastewater treatment system. In terms of sustainability, promession and aquamation are more sustainable than casket burial and flame cremation.

What may give promession the edge is how quickly the container and remains decompose in the ground. However, it is possible to package hydrolyzed remains in a biodegradable container to speed up the decomposition process.

Critiques and legality of promession

Although promession has garnered support over the years, there are still critics of the process.

For one, Promessa Organic could not produce a functional facility to offer the service before the company was liquidated. However, it did have some success in experiments using pig carcasses. Pigs were chosen for tesubg because of their internal anatomical similarities to humans. Nonetheless, critics have argued that it would be unlikely that a freeze-dried human body could be reduced to fine particles.

Currently, the promession process is still in the testing phase and is unavailable to consumers as a form of final body disposition. However, Promessa Organic has partnered with more than 100 countries and has trained and sent representatives and ambassadors to educate and gain additional support.

In terms of legality, the promession process is only legal in Sweden, the UK, and South Korea. However, according to the official Promessa website, 5,036 people worldwide have shown interest in the process.

The future of promession

For the time being, the future of promession depends on public support and the success of additional testing. Anyone interested in the process, can show their support or interest on the Promessa website.

You can also contact Promessa to become an ambassador. To do that, you must have the education, biological, and technical background needed to be trained in the promession method.

Once trained, ambassadors initiate activities to help increase education and support in their area. You can email info@promessa.se for more information on this process.

Overall, promession is an innovative and sustainable funerary process. However, one of the issues holding it back from becoming a viable option internationally is legality. It is important to show support if you are interested in this option for your final body disposition. To learn more about promession, visit the official Promessa website at: https://www.promessa.se/.